Flashback: Dem Congresswoman Slams Her Own State, Brags About Helping to Craft Obamacare 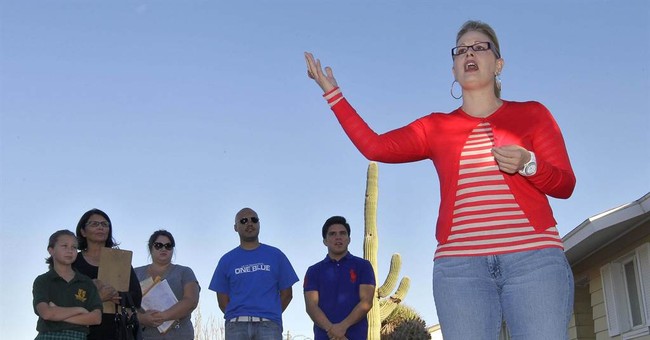 Forty-two seconds of pure Sinema. The National Republican Congressional Committee has uncovered a painfully embarrassing video clip of Arizona Congresswoman Kyrsten Sinema (AZ-9)from 2009, in which she criticizes her own state and claims that higher taxes equals better quality health care.

Based on her comments, Sinema, who was part of a task force that helped to craft Obamacare, seemed to enjoy her time in the White House more than The Grand Canyon State. Among her remarks:

So um we were at the White House this week on Wednesday and Thursday – which was pretty exciting. Um and basically we spent a lot of time talking about what kind of health reform is needed. So one thing that we did was we shared kind of best practices from around the states. I didn’t have much to share, so I thought, so I just took notes. Um, I was like oh you guys do that, damn liberals in Connecticut. You know, you know it’s true like Maine and Connecticut and Wisconsin and Washington were all like bragging about these great things they had. And then I was like, what am I doing here?

Even when someone in the crowd offered her a chance to compliment one of Arizona's policies, yelling, "We have lower taxes!," Sinema promptly dismissed it, suggesting lower taxes do nothing to improve health care.

NRCC spokesman Matt Gorman suggested why the congresswoman was so eager for more taxes:

“It’s really not surprising Kyrsten Sinema believes you need higher taxes for quality healthcare. I guess that’s why ObamaCare—the law she helped craft—is filled with them.”

I wonder if Sinema would still be so quick to discuss the merits of Obamacare after reading a new Rasmussen poll that reveals just 23 percent of people deem the law a success. Grab the popcorn and watch how Congresswoman Sinema chooses to represent a disastrous health care bill over her own state: