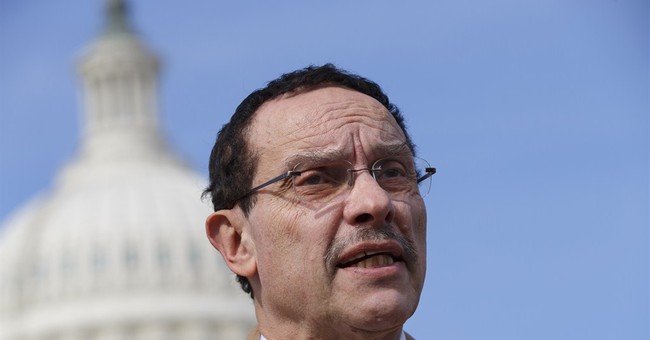 Ex-convicts account for at least 1 in 10 D.C. residents. Perhaps that's why virtually all of the district’s Democratic candidates for mayor are catering to these specific voters during their campaigns. Yes, in the race to be mayor of the nation's capital, it seems former criminals’ proximity is more important than their past:

Every mayoral candidate has promised something. Any taboo that previously muted politicking with prisoners, some of whom once preyed on city residents, has fallen away in favor of winning a few thousand votes that could tip the balance in a close race.

Here are just a few ways in which the candidates are courting to this unique voting bloc:

D.C. Council member Muriel Bowser said last month that Metro’s hiring policy discriminates against city residents with “relatively minor” felony convictions. Council member Tommy Wells stressed that his bill to decriminalize marijuana would help keep former prisoners out of jail. Council member Vincent B. Orange pledged a 40-fold increase in spending on ex-offender services. And restaurateur Andy Shallal gets big applause when he touts his policy of not asking job applicants whether they’ve been convicted of a crime.

In D.C., felons are allowed to cast a vote the day they leave prison - a policy much more lenient than most of the country. In fact, the District is joined by only 13 states that allow felons to vote immediately after they've served their sentences - before parole or probation. What’s more, more types of convicted criminals are eligible to vote in D.C. than nearly anywhere else. These are facts that have been especially noticed by incumbent Vincent Gray:

He has expanded city services for ex-offenders like no mayor before him. And he is extolling that accomplishment with great fanfare — and promising more over the next four years — in the final weeks of the campaign.

What’s more, Gray oversaw a half-million-dollar office makeover and staff expansion of the Office on Returning Citizen Affairs, an agency that helps convicted criminals with job placement, housing and other programs. More than 5,000 residents have visited the office.

Gray insists he is not courting former inmates for political gain, yet with the April 1 Democratic primary fast approaching, it’s hard to believe in his, as well as the other candidates' supposedly noble motives.

I hope these DC politicians sleep well at night. Maybe if they were actually concerned with serving the District and not just winning votes, they would focus more of their energy on voters who haven't spent time behind bars.