Pew: Are Couples Happier Without Kids? 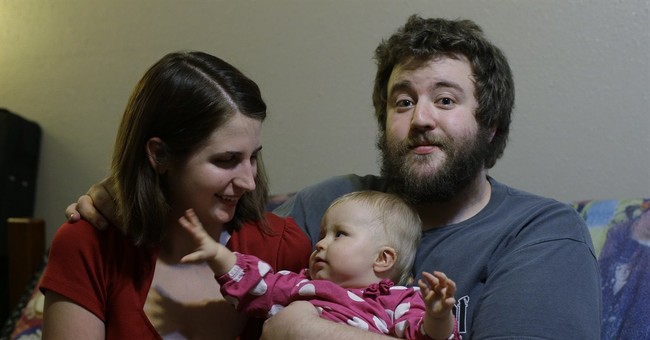 The BBC has broken down Pew's research regarding how children affect the lives of their parents. In their analysis, they discovered couples may be more content without offspring:

This seemed to be the trend, the BBC reported, even though parents are spending more time with their kids. For instance, dads are seeing their children more than ever, tripling their quality kid time from 2.5 hours/week in 1965 to 7 hours/week in 2011. So what does this data prove?: “Happiness may come more from marriage, not kids.”

Here is the original Pew data that led this conclusion:

A November 2012 Pew Research survey found that among married adults, 36% of those with children and 39% of those with no children were “very happy” with their life. By contrast, 23% of non-married adults with children and 22% of non-married childless adults said they were very happy. Single parents were more likely than any other group to say they were “not too happy” with their life (25%).

A recent study by researchers from Princeton University and Stony Brook University found little difference between parents and non-parents in terms of overall life satisfaction, once you control for factors such as marital status, income, education and religion. Another recent study from the U.K.’s Open University found that couples without children tend to be happier with their relationships and feel more valued by their partners than those with children. And Jennifer Senior’s new book All Joy and No Fun: The Paradox of Modern Parenthoodexplores what the author sees as a historical shift toward “child-centric” parenting and the impact this is having on parents’ happiness.

Now, I'm not saying their research is inaccurate or worthless. But, regardless of their “social science” we can't ignore the smile on a parent’s face whenever their child gets an ‘A’ on their school paper, learns how to ride a bike or scores the game-winning goal in soccer. Show me a more joyous place than a hospital room where a mother has just given birth. This bond only becomes stronger as her child ages. Considering the special relationship between parent and child, there's no denying kids provide happiness in a household every single day.

I raise you a hug from a child for statistical data any day of the week.