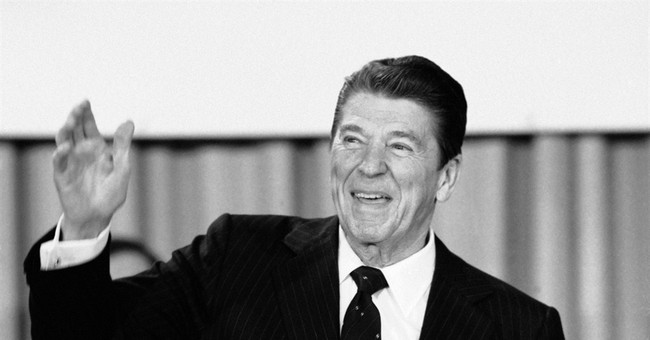 Need something to do this President’s Day? How about reminding yourself what a conservative champion we had in Ronald Reagan. RLTV, described as the only cable network and online destination for Generation 50+, will air In the Face of Evil: Reagan’s War in Word and Deed, an award-winning documentary based on Peter Schweizer’s bestselling book, “Reagan’s War,” tonight at 8 p.m. The film details our 40th president’s hard fought battle against communism and his inspiring commitment to freedom.

Here’s a more detailed summary of the film:

In the Face of Evil details, for the first time, with never-before-seen footage, the top-secret plans of Reagan and his inner circle ... and their brick-by-brick takedown of the “Evil Empire.”

With the world mired in the beginnings of a new global conflict, In the Face of Evil is more relevant today than ever. The film affords profound insights on the brutality of the last century, and offers a prism through which we can gain perspective on the bloody conflicts that stretch ahead.

As the 21st century’s great conflict between freedom and Islamic Fascism takes shape, In the Face of Evil, and the words and deeds of Ronald Reagan, provide an invaluable lesson for how the U.S., and the free world, must combat the forces of Evil...if we are to survive.

Sounds like an Oscar to me. Don't miss your 'rendezvous with destiny.' Make sure to tune in!