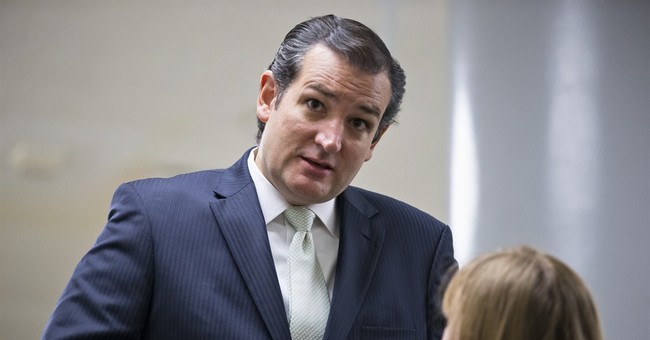 An overall summary from today’s Value Voters Summit conference is coming later, but this deserved a separate post.

Senator Ted Cruz didn’t need a podium today when he spoke about conservative ideals at today’s Value Voters conference at the Omni Shoreham Hotel in Washington, DC. He also didn’t need a bodyguard. When a handful of protestors showed up to interrupt his speech, the Texas senator employed one of his own state’s mottos and showed them “nobody messes” with conservatives.

I counted at least six times that hecklers shouted questions at Cruz regarding his stance on immigration. Each time, the senator had a response. Here were some of his best reactions:

1. “I appreciate you being here. If only the Obama administration appreciated the First Amendment as much.”

2. “It seems that President Obama’s paid political operatives are in full force today.”

3. “Is anyone left at the Organizing for America headquarters?”

4. “I’m actually glad that the president’s whole political staff is here instead of actually doing mischief in the country."

5. “You know what’s striking, actually? In the course of this brief speech, we’ve heard more questions than President Obama’s allowed in the last year."

The crowd, chanting “USA!” and telling the protestors to “shut up!,” were clearly on Cruz’s side. But, it turns out this bold Texan didn’t need much backup. With a 21-hour filibuster under his belt, I’m sure this impressive freshman senator had plenty more comebacks ready just in case.