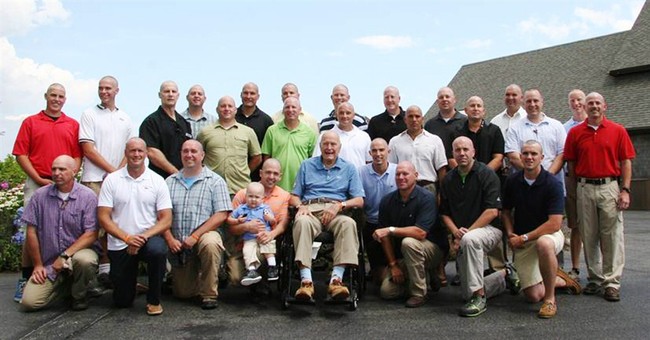 Patrick is the son of a member of Bush’s Secret Service detail who is diagnosed with leukemia. After noticing that other members of the team had shaved off their hair in honor of the boy, the 41st president followed suit. Several people tweeted their appreciation for the 89-year-old’s admirable act, including another former president:

Bush’s decision to shave his head was a personal one considering he and his wife Barbara lost their infant daughter Robin to leukemia 60 years ago. To show further solidarity with Patrick, Bush’s Protective Vision has launched a site called www.patrickspals.org to assist with his medical bills.

Earlier this month, Bush attended a ceremony in which President Obama honored the former’s "Points of Light" volunteer program, further highlighting 41's goodwill. As he has acknowledged others, Bush's latest act of heroism gives us the chance to recognize him.