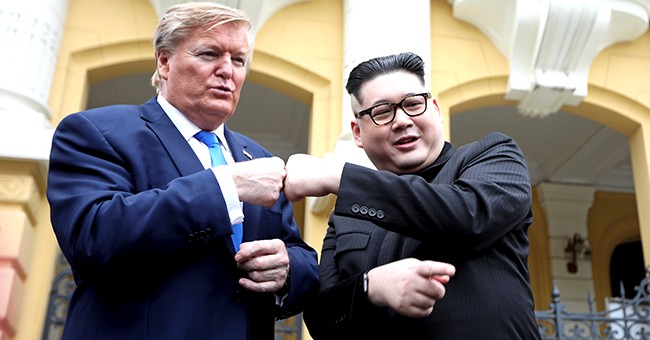 Howard X was deported from Vietnam today after he and his colleague Russell White were reprimanded by police for impersonating Kim Jong Un and Donald Trump respectively.

Kim Jong Un impersonator Howard X and Donald Trump lookalike Russell White met in the downtown district of the Vietnam capital for a "meeting." Shortly later, both impersonators were reprimanded by local police.

"They basically said stop doing the impersonation or we will kick you out of the country," said Howard X, real name Lee Howard Ho Wun.

"Although I am not surprised that I got detained for doing my impersonation in Vietnam, it's still pretty annoying. What it shows is that Vietnam has a long way to go before they will be a developed country and I wonder if they ever will under these condition," he later wrote on his Facebook page. "If the Vietnamese authorities are willing to give this kind of harassment over something as trivial as an impersonation to a high profile foreigner, imagine what all the Vietnamese artists, musicians, film producers and all the political activists have to endure for simply wanting to release a controversial film, songs or for simply speaking up about real injustices in this country."

Wun was deported today ahead of the summit between Trump and Kim in Vietnam. White has been told that he can stay in the country only as long as he doesn't continue to impersonate the president.

This incident is a repeat of June from last year, where the two comedians played a similar joke for the summit that summer. They were similarly detained for questioning.