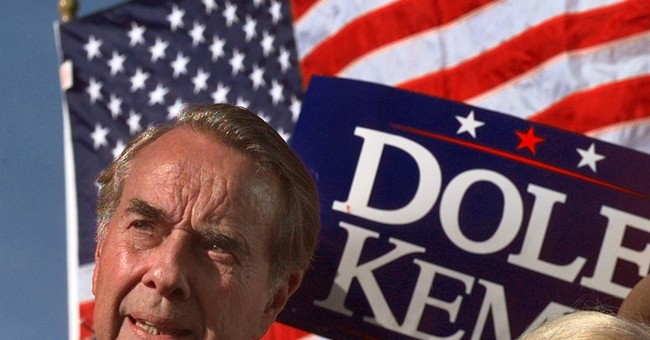 In a statement released by the 1996 Republican Nominee for President, he said, “While I certainly have some hurdles ahead, I also know that I join millions of Americans who face significant health challenges of their own."

Serving two non-consecutive terms as Senate Majority Leader, Dole was a staple of the Republican Party during his four-decade career on Capitol Hill. He was first elected to federal office in 1961 representing Kansas as a member of the U.S. House of Representatives, before making the leap to the Senate in 1969, where he remained until 1996, retiring to focus on his presidential run.

Following his 1996 election loss to incumbent Bill Clinton, Dole, a World War II veteran, became something of a political celebrity, appearing regularly as a guest or political commentator on programs from Jon Stewart’s “Daily Show,” to “Larry King Live.”

The 97-year-old former senator will begin his treatment on Monday.