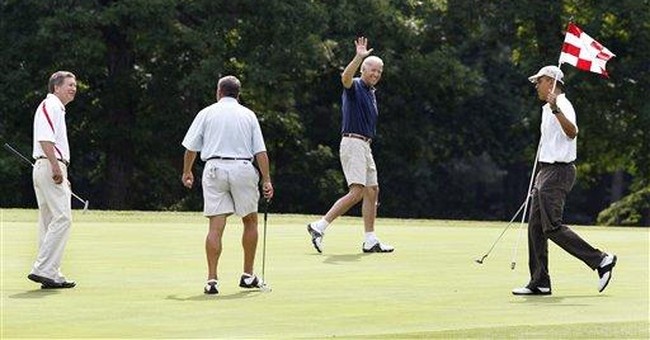 "Today, thanks to the Affordable Care Act, more than 10 million Americans now have the peace of mind that comes with being covered," Obama said. "I want to thank all the governors, Democrats and Republicans, supporters and some opponents of the ACA who have expanded Medicaid to millions of people over the past two years. I think there’s a recognition that it makes sense, and it’s bigger than politics. As Governor Kasich said for Ohio, 'It saves lives. No question about it.' And if your state isn’t one of the 28 that has already expanded Medicaid, I’d urge you to consider it, because our team is prepared to work with you to make it happen."

Kasich said he opposed Obama's Medicaid expansion in 2010 when he first ran for governor. But Kasich has since evolved on the issue, and he now claims his Christian faith dictates he accept bigger government.

“Now, if you ever read Matthew 25,” Kasich said while promoting a Balanced Budget Amendment in South Dakota, “I think, ‘I wanna feed the hungry and clothe the naked,’ and I have to tell you — I read a horrible story in The Wall Street Journal on the weekend about people, one man in particular freezing to death over in Montana. And they’ve turned down about half a billion dollars of help, I’m told. That disturbs me.”

In California, where almost a third of residents will soon be on Medicaid, patients can not get doctors to see them and are having to pay for their own medical care despite their supposed Medicaid coverage.