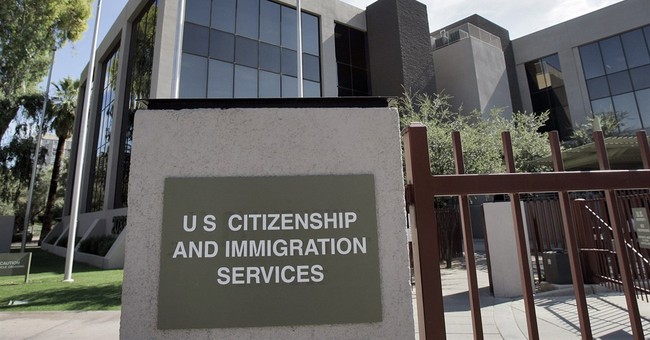 I also remain concerned by the fact that needed USCIS reforms are not included in pending legislation. For instance, H.R. 399 – Chairman McCaul’s legislation – does nothing to preclude anyone in the world from turning themselves in at the US border and obtaining automatic entry and federal benefits. Almost anyone at all can call themselves an asylum-seeker and get in; it’s a global joke. It’s not border security if anyone can recite the magic words and get waved right on in. Those who arrived in the 2014 border run are still here, often living on US support and even applying for US jobs. The bill also delays by years the implementation of biometric exit-entry to police the rising overstay catastrophe.

Sen. Jeff Sessions (R-AL) who just renamed his new Judiciary Subcommittee, "Immigration and the National Interest," is also concerned about the McCaul bill. "The Chairman McCaul proposal does not include the following reforms needed to achieve a sound immigration system," a recent Sessions statement reads. "It does not end catch-and-release; it does not require mandatory detention and return; it does not include worksite enforcement; it does not close dangerous asylum and national security loopholes; it does not cut-off access to federal welfare; and it does not require completion of the border fence. Surprisingly, it delays and weakens the longstanding unfulfilled statutory requirement for a biometric entry-exit visa tracking system."

You can read a thorough analysis of the McCaul bill by the Center for Immigration Studies, here.

The Committee on Homeland Security does not have jurisdiction over interior enforcement or the immigration policy that USCIS is charged with carrying out. House Republicans are taking a step-by-step approach and as such “Secure Our Borders First” bill deals solely with the problem at our southern, northern, and maritime borders. This is a problem that has plagued this country for 25 years. The insecurity of our borders is a national security concern, and the number one provision in the Constitution is to provide for the common defense of our country. My constituents in my home district and my home state of Texas spoke loud and clear. They want the border secured.