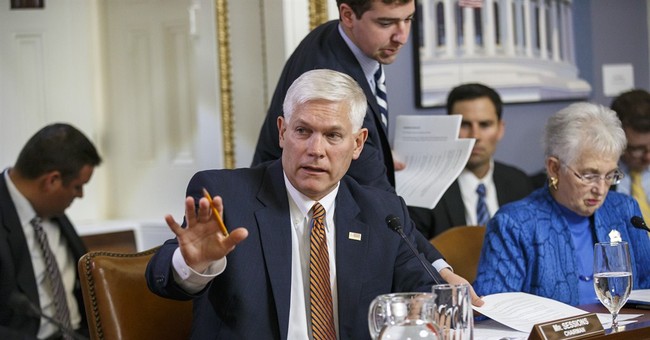 House Rules Committee Republicans were united today in their determination to go ahead with authorizing Speaker John Boehner's (R-OH) suit against President Obama over his selective enforcement of Obamacare.

“My fear is that our nation is currently facing the exact threat that the Constitution is designed to avoid. Branches of government have always attempted to exert their influence on the other branches, but this President has gone too far,” Committee Chairman Pete Sessions (R-TX) said.

Republican leaders plan for a full House vote in favor of suing Obama over selective Obamacare enforcement before they recess at the end of this month. The Rules Committee will draft and vote on specific wording for the resolution sometime between now and then.

Turley, a Democrat, told the committee in part:

Today's hearing is a historic step to address the growing crisis in our constitutional system - a shifting of the balance of power within our tripartite system in favor of a now dominant Executive Branch. ... We are seeing the emergence of a different model of government in our country - a model long ago rejected by the Framers. The rise of a dominant presidency has occurred with relatively little congressional opposition. Indeed, when President Obama pledged to circumvent Congress, he received rapturous applause from the very body that he was promising to make practically irrelevant.

Some of the changes ordered by President Obama did, in my view, cross the constitutional line in violation of the Separation of Powers.

Dellinger, for his part, turned to conservative Justice Antonin Scalia to make his case against the suit:

When government takes action that burdens a citizen, the citizen can rightly seek redress in the courts for his or her "personal particularized" and "cornet" injury. The courts of this country do not exist, however, for the purpose of intruding into disputes between the elected branches of government on the proper interpretation of statutes. As Justice Scalia put it in his opinion in Windsor v United States, the framers of the Constitution emphatically rejected a "system in which Congress and the Executive can pop immediately into court in their institutional capacity, whenever the President... implements a law in a manner that is not to Congress's liking."

Rep. Michael Burgess (R-TX) then asked Dellinger if a President Ted Cruz could simply not enforce the individual mandate all together. Dellinger said that would be different because Obama "actually agrees with the act as a whole" while Cruz would only be acting to "subvert" the law by selectively enforcing it.