Why Drivers Licenses for Illegal Immigrants Undermines the Path to Citizenship 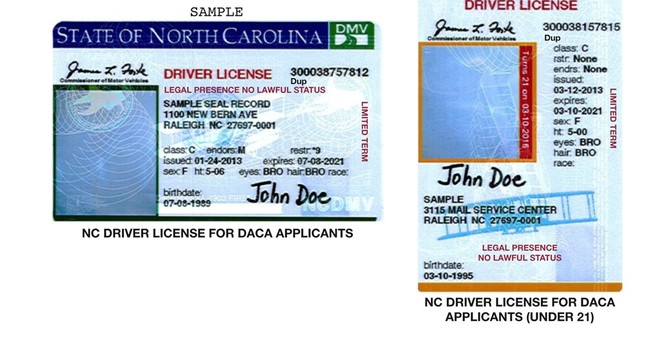 BuzzFeed's John Stanton has a good post up explaining why comprehensive immigration that includes a path to citizenship is not going to pass this year, or ever. Here is the key section:

“There’s just no way they’re going to get it,” said Jim Manley, a former top aide to Senate Majority Leader Harry Reid who has also worked with a number of immigration reform groups.

“My worst fear is the speaker gets his act together and moves some of these [smaller bills] … and then they tell the Senate ‘take it or leave it,’” he argued.

“The groups at that point are going to have to make a decision,” Manley said, warning that accepting a partial deal will almost certainly mean comprehensive reform will once again be delayed for years.

One activist deeply involved in the effort to push through comprehensive reform agreed. This activist, referring to colleagues with a renewed sense of hope as the “grasping at straws crowd,” insisted Boehner’s willingness to oppose outside conservatives, his hiring of a former immigration aide to Sen. John McCain, and other “evidence” of a thawing on the issue should be seen as warning signs.

Boehner is trying to see if he can “buy off the coalition groups that are desperate for a bill with something significantly less [than the Senate’s plan] … is it possible to settle something for pennies on the dollar,” the activist said.

For instance, Republicans appear close to acquiescing to citizenship for “dreamers” — people who were brought to the United States illegally as children but who have become productive members of society, attending high school and college or entering the military. Majorities in both parties agree the dreamers should be given citizenship, and they have become the public face of the movement’s struggle.

Republicans could, in theory, agree to give dreamers an expedited path to citizenship, halt deportations, and give legalized status to other immigrants — without the possibility of eventual citizenship.

A package like this, or probably something slightly smaller, has always seemed like the most likely outcome. Remember, there has always been a huge mismatch between what the professional activist class in Washington wanted in immigration reform, citizenship, and what illegal immigrants actually wanted, relief from deportation.

It will also be significantly harder to sell the underlying premise of "comprehensive immigration reform" to median voters - amnesty now for enforcement later - as more and more states make it easier for illegal immigrants to live and work in the country by giving them drivers licenses.

Are skeptical voters really to believe that those illegal immigrants who are granted state drivers licenses today are going to be deported tomorrow because they failed an English test or became unemployed?

The "arduous" requirements in S. 744's path to citizenship were always a complete farce, developed only because they sounded nice when attached to poll questions on immigration. No one, especially not immigration activists, ever expected them to be actually enforced.

By giving illegal immigrants drivers licenses, states are only making the existing facts on the ground, more livable for everyone involved. And the more people are comfortable with the status quo, the less likely major reform is.