What the Defunders Learned from the Shutdown 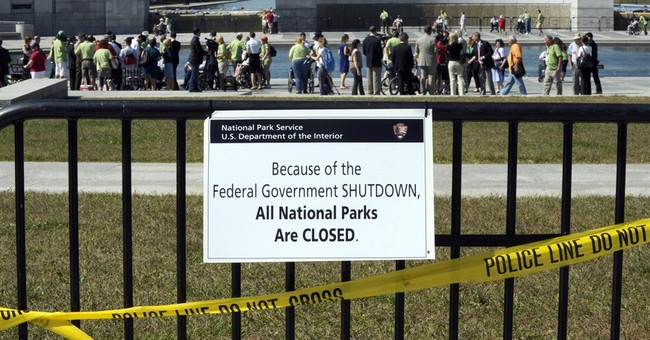 "However you slice and dice the history, the strategery, and the underlying issues," New York Times columnist Ross Douthat wrote October 16th, "...was not a normal political blunder by a normally-functioning political party. It was an irresponsible, dysfunctional and deeply pointless act, carried out by a party that on the evidence of the last few weeks shouldn’t be trusted with the management of a banana stand, let alone the House of Representatives."

"So," Douthat concluded, "for undeluded conservatives of all persuasions, lessons must be learned. If the party’s populists want to shape and redefine and ultimately remake the party, they can’t pull this kind of stunt again. If the party’s leadership wants to actually lead, whether within the G.O.P. or in the country at large, they can’t let this kind of stunt be pulled again."

But have the activists behind the defund movement learned anything? I put that, and some other questions, to Heritage Action Communications Director Dan Holler. Here is a truncated transcript of our conversation:

Townhall: Was the defund campaign a success?

Holler: I think we have to understand where we started back in July. Back in July nobody was talking about Obamacare. They were talking about how sequester was a big win and maybe we'll get immigration done in the fall. That was the conversation in Washington. Meanwhile everyone knew Obamacare was coming and no one wanted to talk about.

When people came out to the townhall's in August, the conversation shifted to Obamacare. That was hugely productive. There is a focus on the law like there otherwise wouldn't have been.

And yeah, the bill the president signed doesn't do anything to alleviate the pain that Americans are feeling, but ultimately we set the stage for some real accountability for the law makers who passed Obamacare and refuse to budge on it, like Hagan, Pryor, Begich, and Landrieu. They were put in a really difficult position that I think is unsustainable considering their constituency.

We would have wanted to see them break ranks with Harry Reid, and acknowledge that Obamacare is a failure, but they didn't. So now they are going to have to go back and figure out how to sell that back home. And I don't think that is going to be possible.

We didn't make the headway that we wanted on the policy. But certainly the need to be pushing for good policy is there, considering the consequences.

Townhall: So are you going to push to defund and shutdown the government again in January?

Holler: You know one of the things I think that became clear over the past several weeks is that Democrats have tremendous political unity. And somehow, contrary to what the politics of their state would dictate, these guys held together.

They need to feel pressure so they can begin to crack. I don't think you can apply real pressure to them without some sort of legislative strategy, because the grassroots outside of Washington are not going to be engaged without real action. So there has to be a legislative component to that.

I think it is too early to say what that strategy should look like. There is a lot of stuff in flux right now. The Ryan-Murray budget conference. What comes out of that, if anything. That puts things in a holding pattern right now. But we'll see.

There will undoubtedly be opportunities where leverage exists to do something about Obamacare. And when they arise, we have to take them.

Townhall: So, that's a "we'll see" on a shutdown in January?

Holler: Yeah, I mean I don't think anybody has really figured out beyond this week what is going to happen. If there is an opportunity to leverage a situation, to try and protect the American people from Obamacare, I think that is worth doing.

Before you can do that though, you have to move opinion and put pressure on these red state Democrats. Maybe over the next 90 days they will hear so many horror stories from constituents that they will realize their position is unsustainable. Hopefully that is the case. We don't know.

Townhall: Have you learned anything from the shutdown?

Holler: The unity amongst Democrats has been impressive. I will say though, that there were some cracks. I think the House strategy of small targeted appropriation measures was putting tremendous pressure on these red state Senate Democrats.

The idea that somebody like Kay Hagan was voting against veterans. That stuff is hard to endure time and time again.

Ultimately the debt ceiling took over all of that, and that alleviated the pressure on Senate Democrats. But there was pressure. We saw it early on with Joe Manchin. He came out and talked about delaying the individual mandate and then he was in the witness protection program. He was just gone. They clamped down on their folks really hard and in a way that will be politically detrimental to them.

We have to make some progress there on those Democrats in those states if we are going to chip away at Obamacare or alleviate some of the pain that is going on.