USAG Paid McKayla Maroney to Keep Quiet About Being Molested 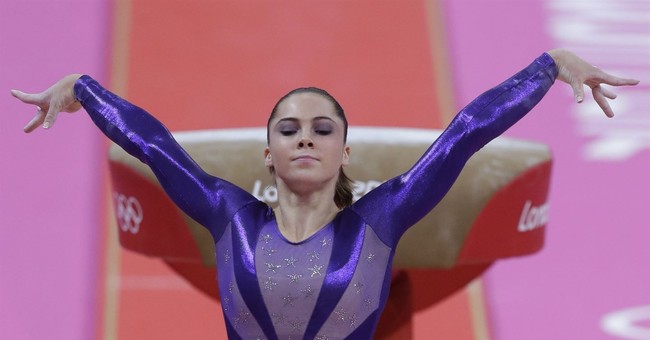 UPDATE: The Wall Street Journal is reporting that Maroney was paid $1.25 million to keep quiet about Nassar's abuse.

John Manly, the lawyer representing Olympic gold medalist McKayla Maroney, claims she was paid by USA Gymnastics to sign a confidentiality agreement regarding her molestation by former team doctor Larry Nassar. In October, Maroney violated this agreement by tweeting out her "#MeToo" story where she detailed years of sexual abuse by Nassar under the guise of a legitimate medical treatment for back pain.

Maroney filed suit against USAG and the USOC on Wednesday, saying they were part of an elaborate cover-up in wake of the allegations against Nassar.

In late 2016, USA Gymnastics paid Maroney to sign the confidentiality agreement, Manly said, effectively buying the silence of one of the sport's most recognizable Olympians. Manly would not disclose the amount.

Maroney willingly entered into the agreement, Manly said, but did so at a time when she was emotionally traumatized by the emerging news that Nassar had sexually abused dozens of other women under the guise of medical treatment.

"I want people to understand that this kid had no choice. She couldn't function. She couldn't work," Manly said. "They [USAG] were willing to sacrifice the health and well-being of one of the most famous gymnasts in the world because they didn't want the world to know they were protecting a pedophile doctor."

Per Manly, a confidentiality agreement relating to the sexual abuse of a minor (Maroney was under the age of 18 during several of the specific instances she wrote about, including the 2011 World Championships and the 2012 Summer Olympics) is illegal in the state of California (where she resides), and therefore Maroney was not bound by its terms.

Prior to Maroney sharing her story of abuse, she had been very open and honest about her struggles with mental health issues, including depression and anxiety. In a victim's impact statement, her mother, Erin Maroney, shared that McKayla transformed from a "bubbly, positive, loving, world class athlete" into someone who was suicidal and unable to leave her bedroom. The lawsuit filed on Wednesday alleges that Nassar used to "continuously, obsessively and compulsively photograph McKayla Maroney," and both Maroney and her mother are concerned that he shared images of her abuse online.

Aly Raisman, a teammate of Maroney's and another one of Nassar's victims, has been critical of USAG for failing to do basic things for the abused gymnasts, such as pay for therapy. Three-time Olympic gold medalist Gabby Douglas also said she was abused by Nassar during her gymnastics career.

In response to USAG's handling of the Nassar situation, a bipartisan group of senators introduced a bill this past March that would punish national governing bodies who do not promptly report sexual abuse to authorities.

This is...astounding...behavior by USAG, and they should be ashamed of themselves. This is disturbing, and all of the athletes deserved to have been treated better than this. Maroney had made it clear that she was a vulnerable young woman, and yet someone still thought it was a good idea to effectively bribe her for her silence. USAG as well as Michigan State University took extensive lengths to protect Nassar despite overwhelming evidence and dozens of reports that he was abusing girls. This is despicable.