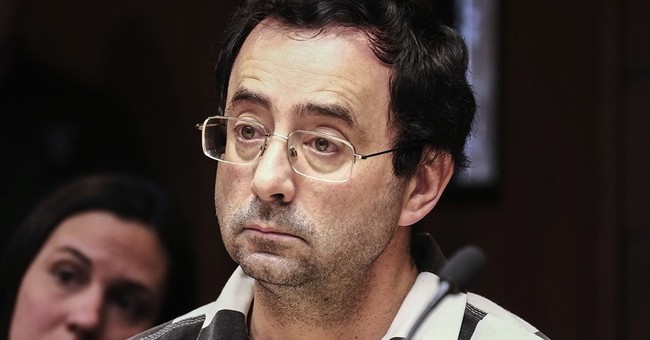 In the wake of a growing number of sexual abuse cover-up allegations stemming from USA Gymnastics, USA Swimming, and USA Taekwondo, Congress has taken action. A bipartisan group of 16 Senators, including Sens. Dianne Feinstein (D-CA) and Marco Rubio (R-FL), have introduced the "Protecting Young Victims from Sexual Abuse Act of 2017," a bill that would make it a federal crime for an Olympic sport's governing body to fail to promptly report sexual abuse allegations to authorities.

If passed, it would require adults who work for a national governing body or at an organization's sanctioned event to report allegations "as soon as possible" to law enforcement or face a fine and up to three years in prison. While all 50 states already have laws that require people to report suspected child abuse, the Senate bill would specifically target the 47 national governing bodies.

The federal legislation also would require the national governing bodies to implement policies that prevent athletes from being alone with an adult who is not a parent and create mechanisms that make it easier for people to report suspected abuse and share allegations among member gyms.

Sen. Rubio spoke about the legislation on ESPN, saying that this issue needs to be made a priority, and he cannot think of why someone would be against this bill.

Over 80 gymnasts, including members of World Championship and Olympic teams, have come forward and alleged sexual abuse by a team doctor, Dr. Larry Nassar. Athletes who had reported their abuse have said that they were pressured to keep quiet and that they were lucky to be treated by such a notable doctor. Nassar has been charged with sexual assault and possession of child pornography. He was also a doctor at Michigan State University and at Gedderts' Twistars, a gymnastics gym in Michigan.

Bela and Marta Karolyi, the former National Team coordinators, have been named in a separate lawsuit that alleges they turned a blind eye to abuse happening at Karolyi Ranch, where the National Team trains.

In 2015, former Olympic Team coach Marvin Sharp committed suicide in a jail cell in Indiana where he was being held on child pornography and molestation charges. Sharp coached 2008 Olympic Team members Bridget Sloan and Samantha Peszek.

It's sad that this kind of bill is necessary, but vulnerable athletes need to be protected. Their governing bodies, clearly, have failed them. In these increasingly partisan times, at least Congress can come together on a very important issue.

This post has been updated with a better video of Rubio's appearance on ESPN.