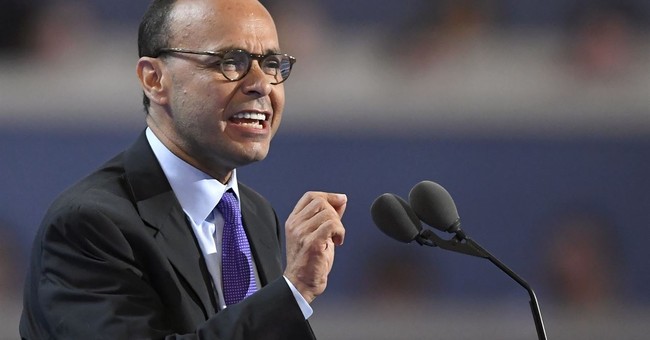 Leah wrote this morning about how Rep. Luis Gutierrez (D-IL) stunned Washington on Monday evening when reports surfaced that he would not be running for reelection even though he had recently filed the paperwork to do so. Tuesday afternoon, Gutierrez made it official and said that he was endorsing Cook County commissioner Chuy Garcia to replace him come 2018.

In the meantime, Gutierrez says that he'll be focusing on immigration rights and on the rebuilding efforts in Puerto Rico. Remaining in Congress, he said, would be an impediment to both of these things.

Gutierrez says he will travel the country to create “a new fierce framework” for immigrant rights heading into 2020 presidential election. Also wants Puerto Rico rebuilt. Says he can’t do both from 4th Congressional District seat.

He also said that he has "no intentions or desire" to run for governor of Puerto Rico.

Luis Gutierrez: "I have absolutely no intention, no desire to be governor of Puerto Rico."

Did he just hint at a https://t.co/MGChiZ7Ys2

Luis Gutierrez rules out a future run for Mayor.

Obviously, this is far too early to consider anyone's real 2020 endeavors, but it's certainly interesting. Gutierrez has made immigration his signature issue, and it's something that will certainly still be in play during the next election cycle.