Trump Will Not Campaign for Roy Moore 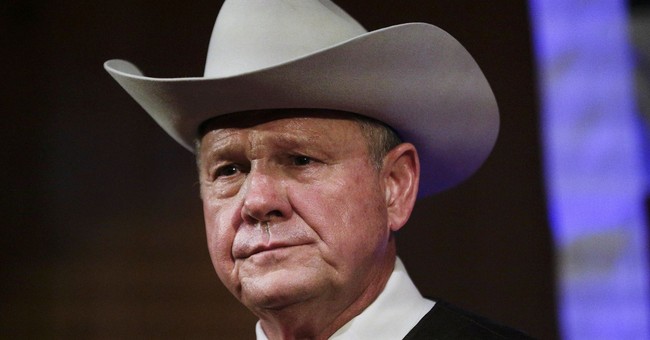 President Donald Trump will not be campaigning for Alabama Senate candidate Judge Roy Moore ahead of his election against Democrat Doug Jones on December 12. Moore has been accused of sexual misconduct with numerous teenage girls.

Moore has denied all of the allegations against him and has said that the women are lying.

Despite not officially campaigning for Moore, Trump has not been quiet in his opposition to Jones. On Twitter, Trump said that Jones was a "Schumer/Pelosi puppet" who is "WEAK" on issues such as crime, the military, Second Amendment, and border security. Trump said that Jones would be a "disaster" and "BAD" for the Senate.

The last thing we need in Alabama and the U.S. Senate is a Schumer/Pelosi puppet who is WEAK on Crime, WEAK on the Border, Bad for our Military and our great Vets, Bad for our 2nd Amendment, AND WANTS TO RAISES TAXES TO THE SKY. Jones would be a disaster!

I endorsed Luther Strange in the Alabama Primary. He shot way up in the polls but it wasn’t enough. Can’t let Schumer/Pelosi win this race. Liberal Jones would be BAD!

Since the allegations against Moore surfaced in early November, he has steadily dropped in the polls. Despite this, he has insisted that he will remain in the race.