A Retired Marine Is Challenging Roy Moore in Alabama 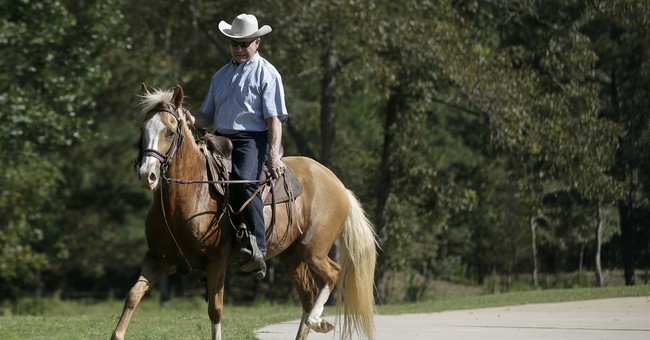 A retired Marine Colonel has announced a write-in campaign against Republican Alabama Senate candidate Roy Moore. Marine Col. Lee Busby, who is a former aide to White House Chief of Staff John F. Kelly, launched his campaign on Monday, just two weeks and one day before the election on December 12.

Busby, 60, a native of Tuscaloosa, doesn't have a formal website just yet. He compared the upcoming election to a military operation, saying that he feels as though there's a chance for someone like him to "run straight up the middle" as an alternative to Moore and Democrat Doug Jones.

Lee Busby, 60, of Tuscaloosa, Ala., said he thinks that the allegations of sexual impropriety against Republican nominee Roy Moore have created an opportunity for a centrist candidate to win more than a third of the state’s votes in the Dec. 12 special election.

“I think you can flip this thing. If this were a military operation, the left flank and the right flank are heavily guarded,” Busby said. “I think that gives you an opportunity to run straight up the middle.”

According to the Washington Post, Busby's nascent campaign is still beginning to figure out how to legally fundraise money for his election. He's hoping that social media can give him the boost he needs to make up for lost time.

Busby told the Daily Beast to "Hold [his] beer, we will just see about that” after he read that it was too late for someone to enter the race. He said that he does not believe neither Moore nor Jones is qualified to serve in the Senate.

Busby retired from the Marines in 2013 after serving for 31 years, and now works as a sculptor making sculptures of Iraq and Afghanistan War veterans.

While this is admittedly a very longshot bid, it's interesting to see someone come forward even at this late hour.