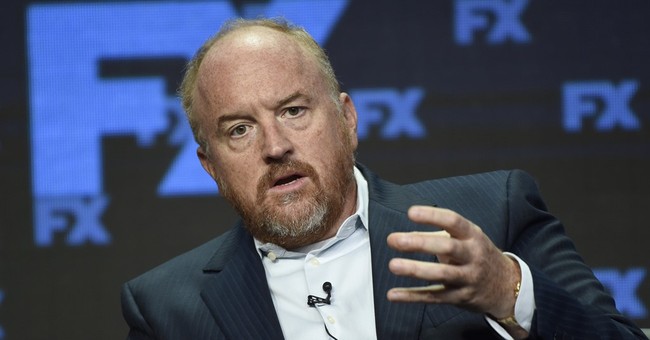 Netflix has canceled an upcoming Louis C.K. comedy special and his upcoming film "I Love You, Daddy," will not be released following a New York Times piece that featured some disturbing stories about the comedian's behavior. Five women came forward to the New York Times to accuse C.K. of sexual misconduct.

MORE: Production company will not move forward with release of new Louis C.K. film "I Love You, Daddy," amid allegations of sexual misconduct. https://t.co/nuBGrDZ6JB pic.twitter.com/P3F7q9jMOW

"I Love You, Daddy," was a controversial film in its own right even before the stories about C.K. surfaced. The film was a story about a father's effort to prevent his 17-year-old girl, played by Chloe Grace Moretz, from falling in love with a 68-year-old filmmaker played by John Malkovich.

"I have been remorseful of my actions. And I've tried to learn from them. And run from them. Now I'm aware of the extent of the impact of my actions. I learned yesterday the extent to which I left these women who admired me feeling badly about themselves and cautious around other men who would have never put them in that position," said C.K.

He continued, noting that his solid reputation likely prevented the women from speaking out about him, saying, "I also took advantage of the fact that I was widely admired in my and their community, which disabled them from sharing their story and brought hardship to them when they tried because people who look up to me didn't want to hear it."

Statement from Louis CK: "These stories are true" pic.twitter.com/sa13jf8MZv

Absolutely disgusting, and my heart aches for the women who were subjected to C.K.'s gross behavior. Nobody deserves to be treated like that, ever.