Aly Raisman Says She Too Was Sexually Abused By Team Doctor 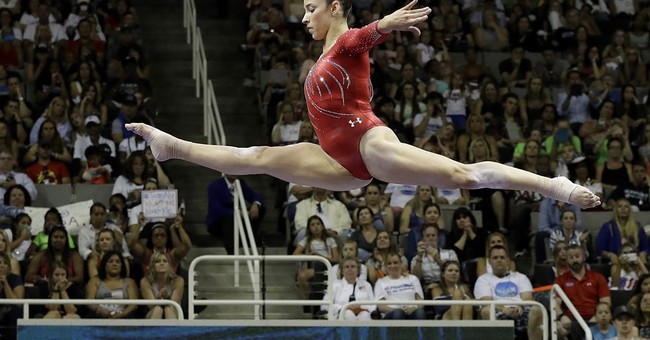 Six-time Olympic medalist Aly Raisman is the latest member of the U.S. National Team to reveal that she had been sexually abused by the longtime team doctor Larry Nassar. Nassar is currently in prison after pleading guilty to federal child pornography charges, is facing 22 counts of first-degree criminal sexual contact, and he is being sued by more 140 women. He served as the team doctor until he resigned in 2015, when the first allegations of abuse came to light.

Raisman is the first member of the 2016 gold medal-winning "Final Five" and the second member of the 2012 team "Fierce Five" to go on the record saying that they were one of Nassar's victims. Last month, Raisman's teammate McKayla Maroney posted on Twitter that Nassar had abused her for years, including during the Olympic and World Championship meets.

Raisman, speaking to "60 Minutes," said that she first began seeing Dr. Nassar when she was 15 years old. She described more details about her abuse in her upcoming book, "Fierce." The full interview with 60 Minutes will air on Saturday.

Before Raisman came forward to say she was one of Nassar's victims, she spoke to the Associated Press about how he was able to operate for so long. She has called for culture changes within USA Gymnastics to prevent this from happening again.

"I think that, you just want, you want to trust people and that he was just a disgusting person, he took advantage of so many people's trust," Raisman told The Associated Press and USA Today Sports. "And I think, it just disgusts me he was a doctor. It's crazy. Because when a doctor says something you want to believe him and it's just awful."

Other gymnasts have said that Nassar would digitally penetrate them under the guise of "treatment" for their back pain. Nassar claims that this is a legitimate form of treatment, but this has been disputed by other doctors.

Since the first allegations against Dr. Nassar surfaced, and with the recent #MeToo campaign, Raisman has been a prominent supporter of girls who have come forward to share stories of sexual abuse and harassment. When Maroney came forward with her story, Raisman was quick to stand by her teammate and also shared a picture of the two of them from London.

She also spoke out to support the victims of Hollywood producer Harvey Weinstein.

Survivors of Harvey Weinstein, I support you. True examples of ????women. Shame on people like Harvey & shame on those who look the other way. https://t.co/1kcpp1Dzdw

Since the allegations surfaced against Nassar, there's been a bipartisan effort to pass a law that would punish governing bodies that failed to promptly report abuse claims to authorities.

This is an awful, heartbreaking revelation from one of the most talented gymnasts in recent memory. Raisman has been an inspiring advocate in light of the allegations against Nassar and other predators, and hopefully she can be a force to prevent other children from falling victim to these men.