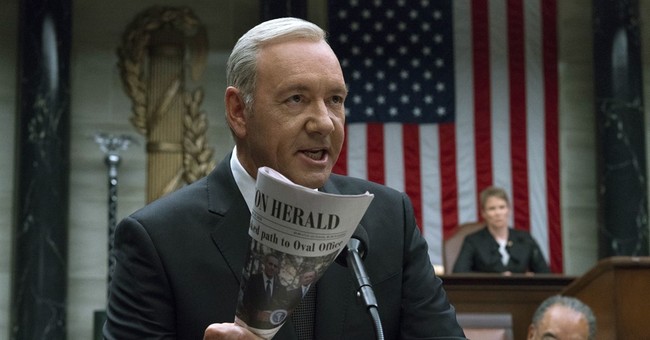 The Netflix show "House of Cards" will be ending after its upcoming season after an actor claimed the show's star, Kevin Spacey, made a sexual advance at him at a party when he was a young teen. Since Anthony Rapp went public with his story, many more people have stepped forward to say that rumors of Spacey's misbehavior had been running rampant for years.

Netflix announced on Monday afternoon that the show would not be continuing. "House of Cards" is the American version of the British show with the same name, and aired its first season on Netflix in 2013. Its sixth (and now final) season will be aired next year.

In the wake of Rapp's allegation, Spacey issued an apology (and said he did not remember the incident as he was drunk) and publicly acknowledged his sexuality for the first time. Spacey was slammed by members of the LGBT community for seemingly trying to shift the narrative away from the fact that he may have assaulted a child to him coming out of the closet.

Others took to Twitter to share that they had heard rumors or were even given explicit warnings to look out for Spacey.

Jesus. I've heard so many stories about how young gay men are warned to stay away from him on the HoC set.

Over the last 7 years I have heard so many more horror stories about this guy. Ev. ery. one. knows.

Also, there’s been rumors of your predatory behavior for quite some time now, so I certainly don’t believe this is an isolated occurrence.

When I worked as a valet in Baltimore, used to hear lots of rumors about Kevin Spacey. Unfortunately wouldn't be surprised if more comes out

Sick. It's looking more and more that Harvey Weinstein was just the tip of the iceberg.