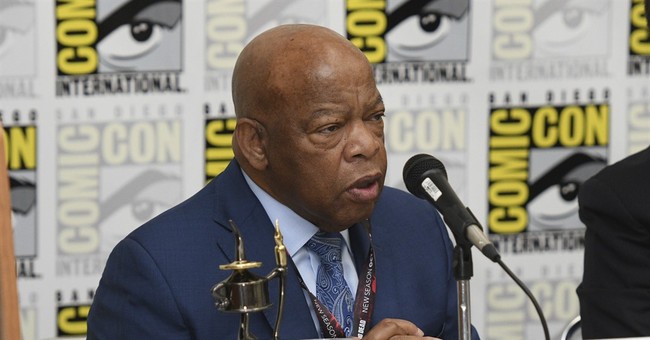 I've already written about how today is Hillary Clinton's 70th birthday, and how last year she sent what is quite possibly the worst-aged tweet in the history of the platform.

Not to be outdone, Rep. John Lewis (D-GA) sent out a tweet wishing "Madame president" a happy birthday and tagging Hillary Clinton.

Well, perhaps the multiverse theory is real and Rep. Lewis is dropping in on us from Earth 2, where Clinton defeated Donald Trump in last year's election?

Perhaps Lewis should take some of Clinton's words to heart and stop, ahem, threatening our democracy: