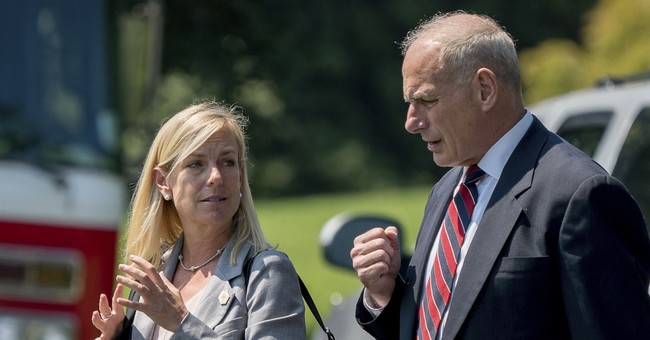 Trump opened up his announcement by praising Kelly's tenure as Homeland Security secretary, and then reiterated how glad he is that he is still in the White House. He then sung Nielsen's past work in his administration, and spoke of how thrilled he was to have her in this new position. Previously, Nielsen was the Deputy Chief of Staff, and prior to that she served as Chief of Staff to the United States Secretary of Homeland Security.

"She has won the universal respect of my entire cabinet and senior White House staff," said Trump.

Speaking afterwards, Nielsen said being confirmed to the position would be the "highest honor" of her life.

Nominee Kirstjen Nielsen says “if confirmed it will be the highest honor of my life” to be @DHSgov secretary. pic.twitter.com/A8kkUn5Lxj