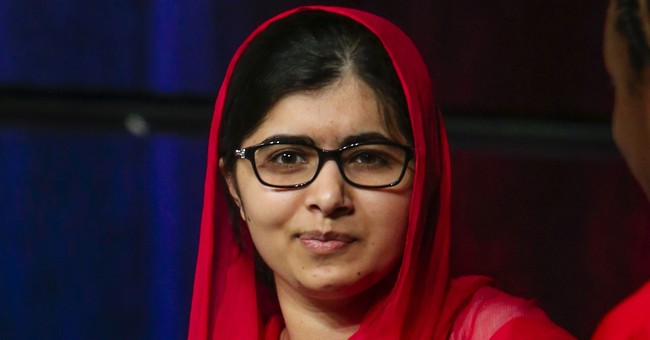 On October 9, 2012, 15-year-old Malala Yousafzai was nearly killed by a Taliban gunman who was angry with her efforts to promote schooling among girls in her native Pakistan. After several months in the hospital and in rehabilitation, she was released and eventually spoke at the United Nations in July 2013. Almost exactly two years later, on October 10, 2014, she was named a co-recipient of the Nobel Peace Prize, making her the youngest ever to receive the award.

Today, October 9, 2017, five years to the day after she was nearly killed for wanting to attend school, 20-year-old Malala began classes at Oxford University. She was admitted to Lady Margaret Hall at Oxford in August after graduating from a school in Birmingham, England. She is studying philosophy, politics, and economics.

She posted a picture of her textbooks and laptop on Twitter commemorating both the anniversary of the attack and the start of her college career.

5 years ago, I was shot in an attempt to stop me from speaking out for girls' education. Today, I attend my first lectures at Oxford. pic.twitter.com/sXGnpU1KWQ

In what was kind of a humorous and sweet exchange, her younger brother Khushal replied to the tweet, apologizing for being a headache for the last five years. He jokingly said that he too would be coming to Oxford in two years' time.

Sorry for being a headache for the last 5years. So grateful you are still with us??. Ik you miss me but i am coming to oxford in 2years????.

To which Malala replied that she would be transferring schools if this were to happen.

Okay, after two years, I am going to change my university then ??

Good luck over the next few years, Malala.