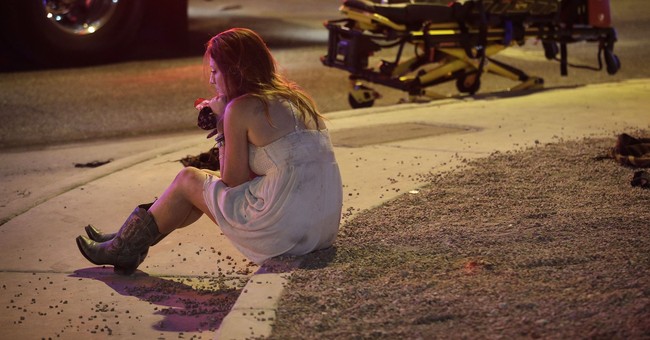 Here's a harrowing video from the scene of the shooting in Las Vegas on Sunday night, with a Los Angeles firefighter describing how he personally declared 15 to 20 people dead and saw hundreds more people who were injured. Robert Hayes, who is a firefighter in the Los Angeles area, said that he was visiting Las Vegas to celebrate a birthday, and sprang into action when the shots were fired at the concert. He described using a freezer as a makeshift gurney, and said that multiple victims had been shot in the head.

"It was kind of like shooting goldfish, unfortunately. He didn't have to be good, or what not."

At least 50 people were killed in the attack and more than 400 were injured. This is the deadliest mass shooting in U.S. history.