BREAKING: Sen. Bob Corker Retiring from the Senate in 2018 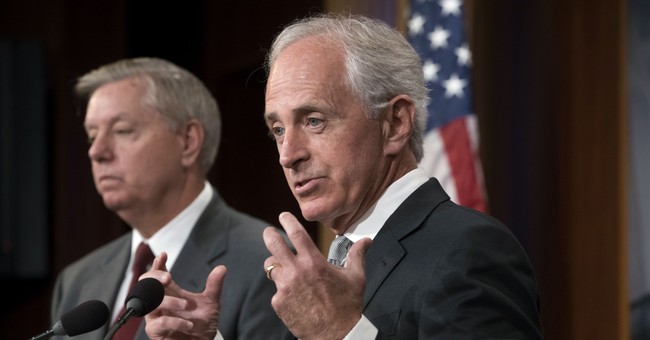 Sen. Bob Corker (R-TN) will not seek reelection in 2018, he said today in a statement. Corker, 65, took was elected in 2006 and is currently serving his second term.  He is currently the Chair of the Senate Foreign Relations Committee.

In the statement, Corker said that "After much thought, consideration and family discussion over the past year, Elizabeth [his wife] and I have decided that I will leave the United States Senate when my term expires at the end of 2018."

Sen. Bob Corker: "I have decided that I will leave the United States Senate when my term expires at the end of 2018." pic.twitter.com/7dfZAIWOh8

Corker said that "serving the people of Tennessee has been the greatest privilege of (his) life" and that he was "fortunate to do so with an extraordinary staff." He also pledged that the last 15 months of his term in the Senate could be "some of the most important public service (he) has to offer our country."

In 2012, Corker was reelected to the Senate with just under 65 percent of the vote.

His retirement announcement sparked a flurry of "speculation" as to who would replace him, with people "suggesting" figures such as Clay Travis, Peyton Manning, and Dolly Parton.

This Peyton Manning vs. Clay Travis GOP primary will be something! https://t.co/tgPCYZqUYp

So Peyton Manning or @ClayTravis will be taking over? https://t.co/9BRmAGfQxt

Further, there's one major question: who is going to run as a Democrat?

Is there any Democratic bench at all in Tennessee? I've heard people talking about Phil Bredesen. Who is 73.

What interesting times we live in.