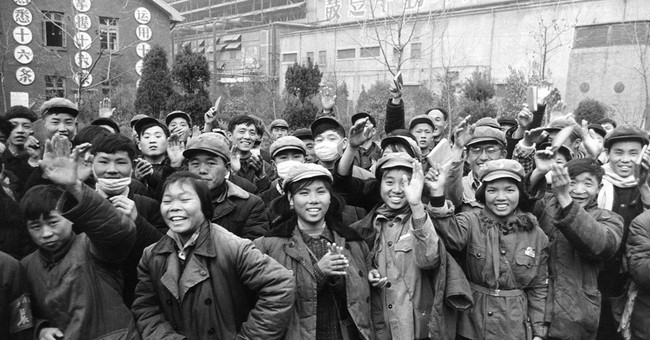 For all its flaws, the Communist revolution taught Chinese women to dream big https://t.co/Fci82iAPxM

Needless to say, people were not thrilled with this rather rosy piece of nostalgia on a period of history that resulted in the deaths of tens of millions of people.

For all its flaws, Stalin’s purges truly eased morning gridlock.

...other than that, how was the play, Mrs. Lincoln?

For all his faults, Jeffrey Dahmer could really cook.

NYT opinion next week: for all its flaws, Hitler's Nazi movement bought healthy vegetarian meal planning to the Reich.

So what if the Chinese Communist party killed 65 Million people? It taught Chinese women to Dream Big!

Those who weren't murdered... https://t.co/XPIKYUDqOW

Unless the dream is having a family of four https://t.co/LFJTWNxiAF

I mean, golly. Sure, some women in China (the ones who, you know, weren't murdered by the state) saw "increased status" due to the changes of the Communist regime, but that didn't happen in a vacuum. The "Great Leap Forward" saw upwards of 40 million people killed. China has no free press nor any freedom of speech. Human rights are an afterthought. Even today, the Chinese government will kidnap women who are found to be pregnant without a birth permit and force them to have an abortion. This is certainly not "dreaming big." It's horrendous.