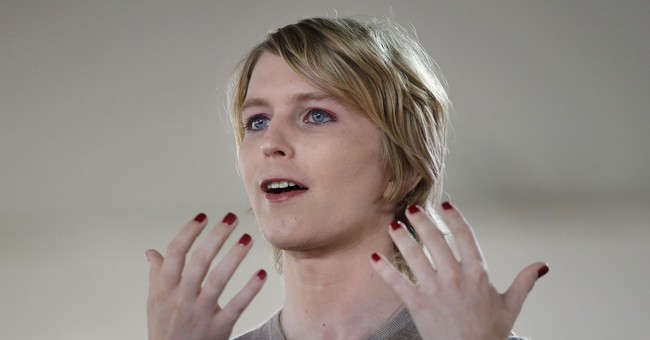 Chelsea Manning announced on Twitter on Monday that she has been permanently banned from entering Canada due to her past convictions of violating the Espionage Act. Manning was sentenced to 35 years in prison after pleading guilty to several charges, but her sentence was commuted by President Barack Obama after seven years.

so, i guess canada has permanently banned me ? ????????? @CitImmCanada denied entry b/c of convictions similar to "treason" offense ?????? pic.twitter.com/xp0JOEEOGd

The letter states that Manning will not be allowed into the country as her crimes, if they were committed in Canada, would carry a punishment of over 10 years in prison.

[...]in that there are reasonable grounds to believe is a permanent resident or a foreign national who is inadmissible on grounds of serious criminality for having been convicted of an offence outside Canada that, if committed in Canada, would constitute an offence under an Act of Parliament punishable by a maximum term of imprisonment of at least 10 years.

Manning tweeted that she would be challenging the ban.

the law cited by @CitImmCanada is *not* similiar at all https://t.co/RNtjKbclxk

Considering Canada doesn't allow people who have been convicted of drunk driving to enter the country (or at least has the right to refuse entry based on this conviction), is it really all that shocking that they're prohibiting someone who has been sentenced to 35 years in prison for spying on their own country? A DUI is far less severe than violating the Espionage Act, and Canada is a sovereign nation who can pick and choose who is allowed in. Being a celebrity does not give Manning a free pass to force countries to change their immigration policies. Actions, of course, have consequences. This is one of them.