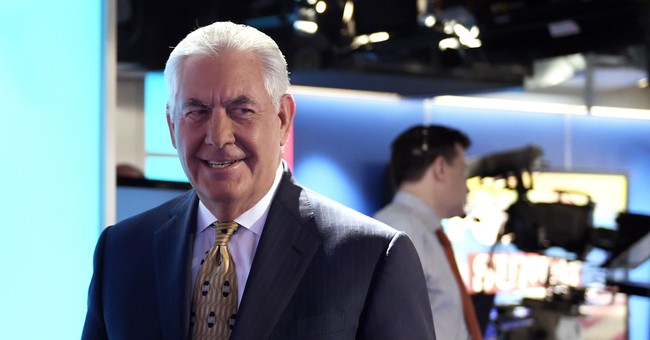 On Friday, it was announced that Sebastian Gorka was no longer part of the Trump Administration. Whether he resigned (as he claimed) or was fired (as others say) remains to be seen, but a large part of his resignation letter centered around his displeasure that Trump had declined to use the term "Radical Islamic Terror" in his recent speech about Afghanistan.

According to Secretary of State Rex Tillerson, who appeared on "Fox News Sunday" on Sunday morning, Gorka's claims are misguided. Tillerson said that the administration will be taking a more global approach to terrorism, rather than just targeting radical Islamic groups.

"Terrorism has manifested itself in many types of organizations. The president has charged us to develop policies and tactics both diplomatically and militarily to attack terrorism in its many forms, wherever it exists in the world, and wherever it might present a threat to the homeland or Americans anywhere. This means that we need to develop techniques that are global in their nature."

Well, this is certainly getting interesting.

Despite Gorka's resignation letter, anonymous insiders from the White House said that Gorka was fired and could not receive a security clearance. They also say that he had been on vacation for "weeks" before he was forced out.

Tillerson's public rebuke of a former administration official is certainly unusual, but then again--there's not much typical about this administration, is there?