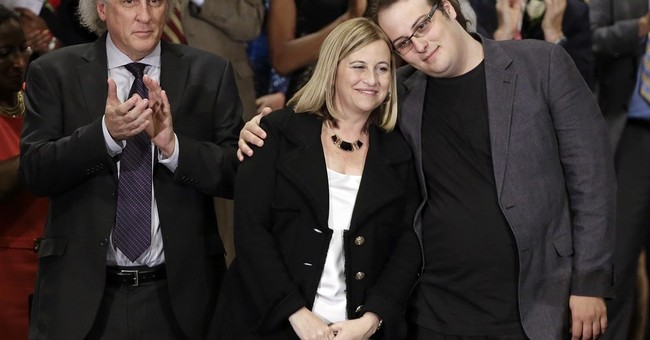 The opioid epidemic has touched thousands of Americans. One of those is Nashville Mayor Megan Barry, whose only child died at the end of last month from an overdose at the age of 22. Now, Barry is speaking out about her family's tragedy, and what she believes should be done to prevent more deaths.

Appearing on CNN, Barry spoke with Jake Tapper about how opiates have reached an epidemic level in this country. Barry said that she thinks first responders should be equipped with Narcan (a drug that blocks the effects of an overdose) and that there needs to be more beds available in rehab facilities. Barry's own son went to rehab prior to his death, but as Barry noted, many cannot afford treatment. She also spoke of how doctors prescribe too many opioids, and are making the situation worse.

Mayor two weeks after her son died of overdose: "We have to realize this is an epidemic" https://t.co/pzidzmEgY4 https://t.co/c703g6Pcrh

First, my deepest condolences to Barry and her family. I cannot imagine the pain of losing a child, and this must be an unspeakably horrible time that no parent should have to go through. Addiction doesn't discriminate--not by race, creed, political party, or age--and anyone is susceptible to becoming an addict. In many cases--like with Barry's son--it stemmed from a prescription from a doctor. A person with an addiction does not mean that they have bad parents or are somehow inherently flawed.

Second, it's incredibly courageous for Barry to speak as candidly as she has about both her son's death and the epidemic plaguing the nation, and I commend her for her strength in returning to work so soon after her loss. Overdose deaths are stigmatized, and they're not pleasant to talk about--yet in order to discuss ways to prevent them from happening, it's a conversation that must occur. While nobody wants to be in her position, Barry is doing good to leverage her role to set policy that could save lives.

Share this on Facebook
Tweet
Black Lives Matter Co-Founder's Real Estate Spree Has Sparked a Little Civil War Within the Movement
Matt Vespa
Don Jr. Says Dr. Fauci Is Not the Only One with Blood on His Hands from COVID-19
Julio Rosas