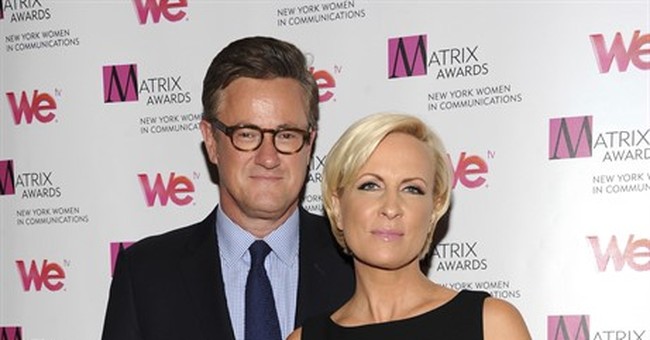 MSNBC host Joe Scarborough has a rather interesting take on the current millennial generation: they're just too darn busy playing video games to go off fighting...Nazis?

Young men in the 1940s liberated Europe from Nazism and the Pacific from the Japanese Empire. Today, too many stay home playing video games. https://t.co/e7FTe0O20P

Scarborough's tweet was in response to this American Conservative article about how smartphones are turning young men into porn addicts who aren't interested in dating real-life women. Which to be fair, is a perfectly acceptable point of view and one that is sadly probably more accurate than I'm comfortable thinking about. But the millennial generation isn't necessarily a bad generation because they're not off fighting wars overseas. The Nazi Party is no longer ruling Germany and rounding up people into camps. This is a good thing. The biggest problem facing Japan isn't a dictator, but rather its own impending societal collapse (which I'm not sure how American men are supposed to exactly help with that one).

But given how bleak current society is, can you really blame millennials for wanting to indulge in some virtual-reality escapism? Millennials are the highest-educated, yet worst paid, generation in history. We're saddled with student loan debt, housing costs are out of control, and, to top it all off, they're blamed for literally all of society's ills. American millennials have seen their country be at war for the majority of their lives. Millennials are likely going to be the first generation who won't outlive their parents.

Who wouldn't want to take a break from all of that with some Call of Duty or Super Mario action?

Somewhat hilariously, Scarborough isn't about to back down from his tweet, following it up with one telling CNN's Andrew Kaczynski to "get off his XBox" and fantasy baseball teams.

If you'd get off your XBox & back away from your 3 fantasy baseball league computer screens you'd see data supports my Old Man concerns. https://t.co/RFZQ5OxDln

Which again, is beyond the point. Scarborough's concerns are valid, but belittling people isn't going to help win them over. There are serious societal concerns that need to be discussed, but to reduce a generation to its video game usage is foolish.