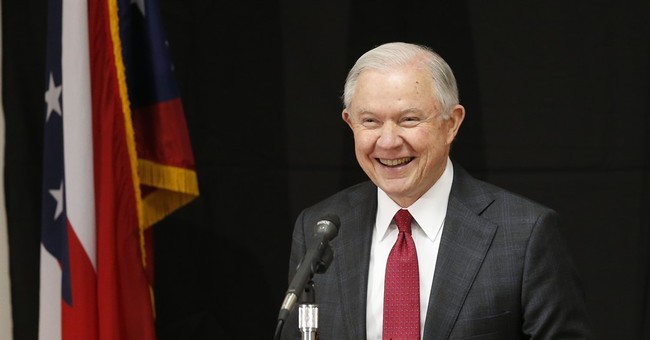 Attorney General Jeff Sessions isn't going anywhere, despite near constant rumors that he's either going to resign or be fired in the coming weeks. According to the Associated Press, new White House Chief of Staff John Kelly actually called Sessions on Saturday to reassure him that the White House stood behind him (although President Donald Trump was "still miffed") and wanted him to stay in his position and did not plan on firing him.

Kelly called Sessions on Saturday to stress that the White House was supportive of his work and wanted him to continue his job, according to two people familiar with the call. The people demanded anonymity because they were not authorized to speak publicly about a private conversation. Kelly, who was appointed to the post the day before, described the president as still miffed at Sessions but did not plan to fire him or hope he would resign.

Trump has seethed at Sessions, his one-time close ally, since the attorney general recused himself from the probe into Russia's meddling into the 2016 election. The president viewed that decision as disloyal — the most grievous sin in Trump's orbit. (AP)

The Sessions/Trump relationship has been frosty for the past couple of weeks, ever since Trump said in an interview with The New York Times that had he known Sessions was planning on recusing himself in the Russia investigation, he would have not made him attorney general. After that interview was published, the White House has repeatedly said that it continues to stand behind Sessions and does not want him to quit. However, with the recent switch-ups in the president's cabinet, one can understand why Sessions would be feeling uneasy about his job security--but it appears as though his job is safe. For now.