Trump Has 'Confidence' in Sessions 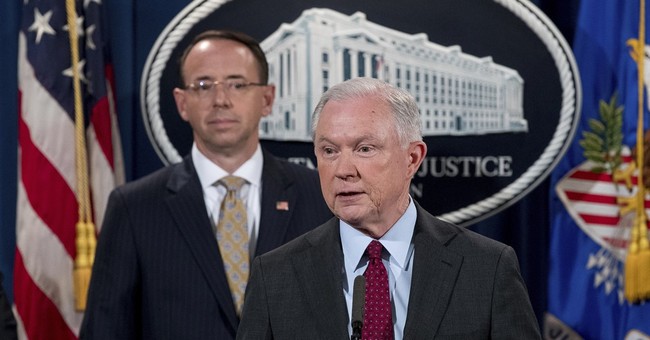 President Trump apparently has confidence in his attorney general, despite saying in an interview with The New York Times that he regrets picking Jeff Sessions for the role. Trump's spokeswoman Sarah Sanders said that Trump still stands by Sessions and does not wish for him to resign from his position.

"Clearly he has confidence in him or he would not be the attorney general," Sanders told reporters at an off-camera briefing.

Asked why Trump has confidence in Sessions, given the criticisms he voiced in a wide-ranging New York Times interview on Wednesday, Sanders said the president believes the Department of Justice has made progress on immigration and against gangs such as MS-13.

Trump told The New York Times he wouldn’t have hired Sessions had he know that he would step aside from the Russia probe — a shocking criticism that suggested a dramatic breakdown in their relationship and ignited speculation that Sessions might resign. (The Hill)

Sanders then said that Trump and Sessions had not spoken for 24 hours.

Trump was upset that Sessions recused himself from the Russia investigation back in March. Trump said that had he known that Sessions planned on recusing himself, he would not have appointed him as attorney general. Sessions said in a press conference on Thursday that he plans on staying in his position "as long as it's appropriate" to do so and does not have any immediate plans to resign.