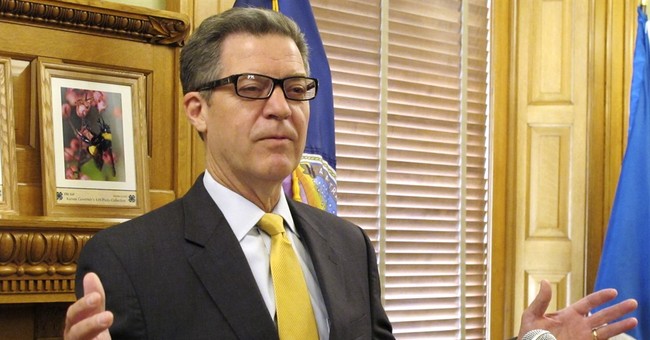 Kansas Gov. Sam Brownback (R) has been nominated as ambassador-at-large for international religious freedom, and he will be in charge of the Office of International Religious Freedom at the State Department. President Donald Trump made this announcement on Wednesday.

On Twitter, Brownback said that he was "honored" to serve in what he considers to be an "important cause."

Religious Freedom is the first freedom. The choice of what you do with your own soul. I am honored to serve such an important cause. -SDB

Kansas is my home. Here, we are free to live in faith. Religion is where we live our inner life. All people ought to live that in freedom. pic.twitter.com/i6GXtZYkN8

Brownback said that there's currently no timetable on when he will move into his new role at the State Department. He still faces Senate confirmation.

Specifically, Brownback says he doesn't have a time frame for the expected confirmation or votes from the Senate to approve his nomination.

"I am honored to assume -- if approved by the Senate -- such an important role," Brownback says.

He says the issue of religious freedom is important for the Trump Administration and he "(looks) forward to carrying the mantle" for the cause.

In discussing his qualification for the position, Brownback pointed out he was one of the supporters of the initial 1998 bill that created the role. He mentioned his efforts overseas to help people persecuted for their faiths.

Brownback is one of the most unpopular governors in the United States. Per the latest Morning Consult poll, Brownback ranks second to New Jersey Gov. Chris Christie (R) for the highest disapproval rating.