Trump's Salary To Be Spent on Preserving Antietam Battlefield 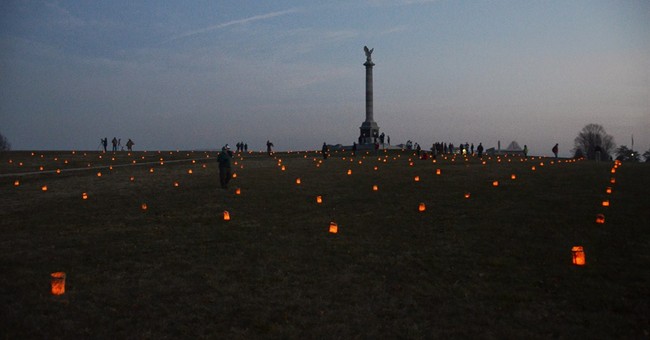 During his campaign for president, Donald Trump said that he wouldn't accept a salary if he were to be elected. As it turns out, that's not exactly legal, so Trump landed on the next best thing: donating his salary to a governmental agency. His first quarter salary was donated to the National Park Service in April, and on Wednesday, it was revealed exactly what the NPS would be doing with the $78,333.32 from Trump: it will be spent on preserving and improving Antietam Battlefield in Sharpsburg, Maryland.

Secretary of the Interior Ryan Zinke made the announcement on Wednesday, saying that matching funds to Trump's salary meant that $185,000 will be spent to restore the battlefield.

I'm honored to announce $185,000 in funds to match @POTUS salary which together will restore Antietam historic sites pic.twitter.com/VO36gdSzaP

Zinke followed up his initial tweet with one that said that the money would specifically be used to restore the Newcomer House. The Newcomer House was built in the 1780s and is one of the original homes located on the battlefield.

The historic Newcomer House at @Antietamnps1862 will be restored with @potus salary donation and matching funds pic.twitter.com/QE1ixRL4TL

The Battle of Antietam was fought on September 17, 1862, and was the single bloodiest day in American history. About 23,000 people were killed, wounded, or missing in the battle. It was considered to be a victory for the Union troops.