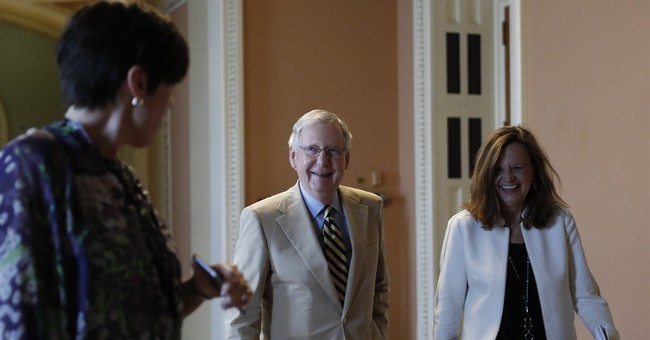 UPDATE: At a press conference, various Senate Republicans spoke about how Obamacare was collapsing, premiums were increasing, and Medicaid had been expanded far beyond its original intended purpose.

The Senate will not vote on the proposed health care bill until after next week's July 4th holiday, it was announced on Tuesday.

To try to hammer out more votes and presumably to smooth out any issues with the bill, President Donald Trump has invited every Republican member of the Senate to the White House at 4 p.m. on Tuesday afternoon for a meeting.

JUST IN: Trump is inviting all Republican Senators to the White House at 4 p.m. EDT Tuesday - Senate aides

Sen. Rand Paul (R-KY), one of the original objectors to the new bill, said that he met with Trump and that the president was "open" to improving the bill.