New Poll: More Than Half Of Americans Have Smoked Marijuana 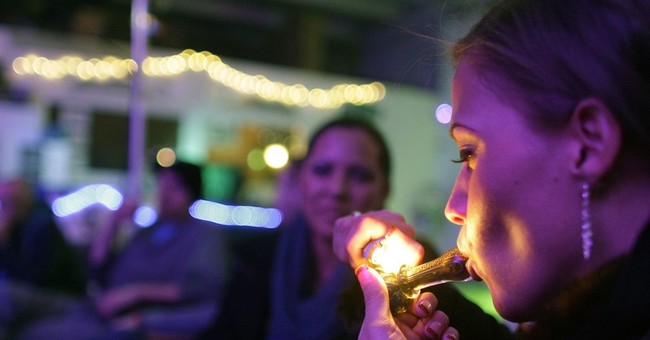 A new poll conducted by Yahoo! News and Marist shows that more than half of Americans admit to trying marijuana at some point during their lives. Of the 52 percent of Americans that have tried it, just under half--44 percent--continue to partake in marijuana.

The poll found that marijuana users were slightly more likely to be parents than those who do not smoke the drug. Additionally, marijuana is viewed as being far less harmful than cigarettes by both weed users and non-users. Parents said that their biggest fear would that their child would smoke tobacco, not marijuana.

Despite marijuana still being federally classified as a dangerous Schedule I drug, on par with heroin, American attitudes toward the drug have changed over time. The Yahoo-Marist poll found that, out of the respondents who have tried pot at some point, 65 percent are parents. In fact, people who are current marijuana users are slightly more likely to be parents, at 51 percent.

The poll also found that American parents aren't that worried about their kids smoking weed. Out of all parents surveyed (not just those who had tried marijuana), the leading concern is a fear that their kids will smoke cigarettes. It was true in reverse, too: those surveyed said they thought their own parents would be more upset if they smoked tobacco rather than marijuana.

The poll found that overall people were generally in favor of legalization, but moreso towards legalizing for medicinal use only.