Fresno Police: That Shooter Wasn't A Terrorist, He Just Wanted To Kill As Many People As Possible 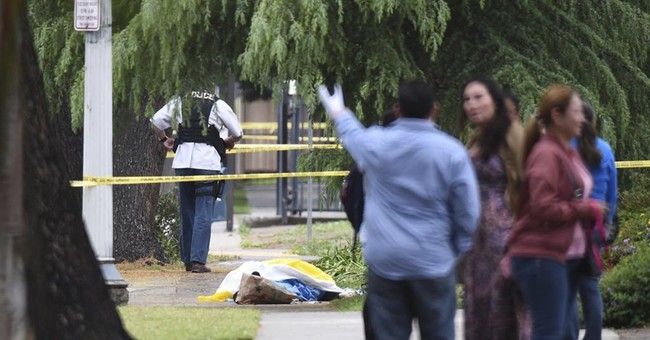 Justin and Matt already wrote about the shooting on Tuesday in Fresno, which saw three people killed by Kori Ali Muhammad. Muhammad reportedly shouted "Allahu Akbar" during his rampage outside of the Catholic Charities building in Fresno before he was taken into custody. He also reportedly declared that he hated white people.

But fear not. According to the Fresno police chief, Muhammad isn't connected to a terrorist organization--rather, he just "wanted to kill as many people as possible" and were "only based on race."

BREAKING: Fresno police chief: Shooting not connected to terrorism; suspect wanted to kill as many people as possible.

Fresno police say suspect who killed 3 people not connected to terrorism, killings were "solely based on race." https://t.co/YplWZt9vuM

(Apparently terrorists are normally concerned with efficiently killing only a small number...?)

Oh, okay. Glad we cleared that one up.

I'm old enough to remember when Dylann Roof was correctly labeled a terrorist for doing the same thing. Weird how that works. https://t.co/6ck2RFtYWQ