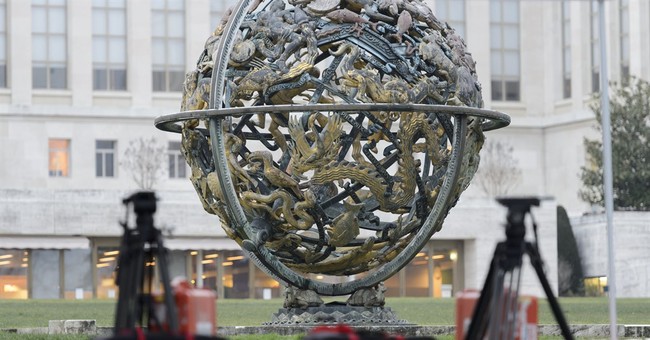 UPDATE: The UN official is not the Deputy UN Chief Amina Mohammad, but is in fact Jordanian UN official Rima Khalaf. Khalaf was the head of the ESCWA, who put out the report calling Israel an "apartheid state." Khalaf is resigning in protest rather than rescind the report.

Jordanian UN official Rima Khalaf announced her resignation Friday, saying the secretary general had asked her to withdraw a report in which she accused Israel of being an "apartheid state".

Khalaf, under-secretary general and executive secretary at the UN Economic and Social Commission for Western Asia (ESCWA), told a news conference: "The secretary general asked me yesterday morning to withdraw (the report). I asked him to rethink his decision, he insisted, so I submitted my resignation from the UN."

"We expected of course that Israel and its allies would put huge pressure on the secretary general of the UN so that he would disavow the report, and that they would ask him to withdraw it," she added.

Details are scarce at the moment, but AFP is reporting that Deputy UN Chief Amina Mohammed will be resigning over an "anti-Israel" report published by the group. (See update) On Tuesday, the UN's Economic and Social Commission for Western Asia published a report that accused Israel of being an apartheid state.

This report was condemned by many, including the United States' UN Ambassador Nikki Haley.

Mohammed was appointed as deputy UN chief in December 2016.

This story will be updated as details are released.