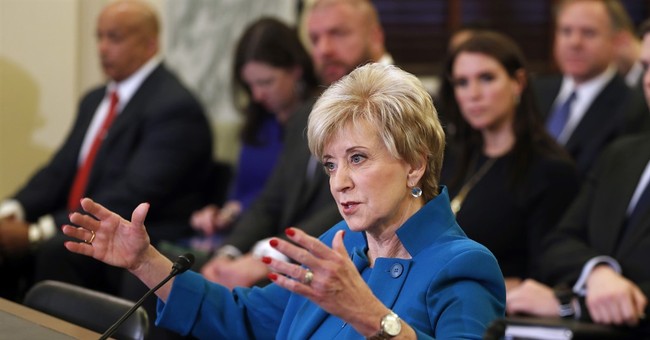 The Senate has confirmed former WWE executive Linda McMahon as the head of the Small Business Administration. McMahon was confirmed by an 81-19 vote.

McMahon was an executive with the WWE (formerly WWF) until 2009. She unsuccessfully ran for Senate in Connecticut in 2010 and 2012.

Multiple senators were visibly starstruck by the two.

Questioned @Linda_McMahon in @SmallBizCmte this morning on access to capital & workforce skills. Complete with Triple H and NWA reference. pic.twitter.com/mMeEXB18ja