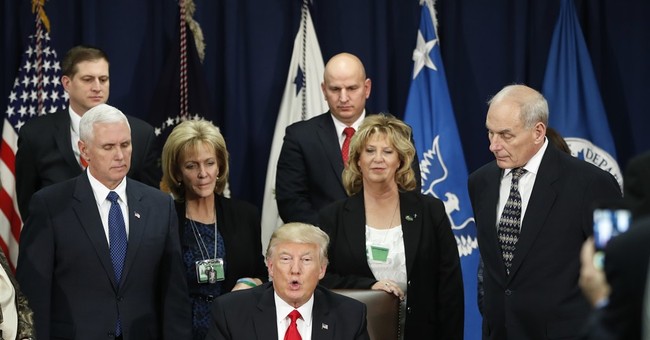 While addressing the media, Trump announced that family members of people killed by illegal immigrants were in the audience, and had them stand to be recognized.

Here are brief profiles of each of the people Trump mentioned today: 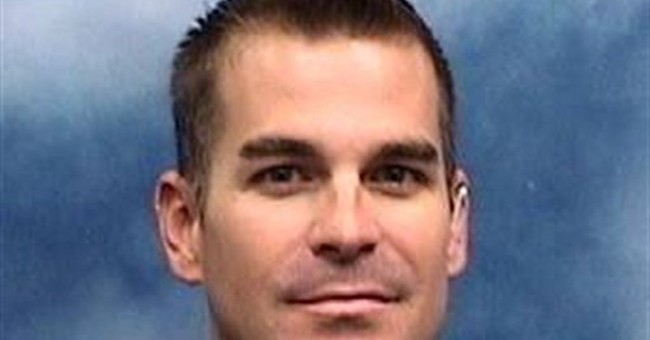 Sgt. Brandon Mendoza was an officer in the Mesa, Arizona PD. He had finished his shift on May 12, 2014, and was on his way home when he was killed in a head-on collision with Raul Silva-Corona, an illegal immigrant high on meth and with a BAC that was three times the legal limit. He was 32. Silva-Corona was convicted of a crime in Colorado in 1994, yet was not deported.

Billy Wayne Funderburgh and his wife Natalee of Bastrop, TX, were 45 and 38, respectively, when they were killed on June 28, 2016, by Rodolfo Campuzano, an illegal immigrant who was driving drunk. Campuzano has been charged with two counts of intoxicated manslaughter with a vehicle.

Joshua Wilkerson was 18 on November 16, 2010, when he was brutally beaten with a closet rod, strangled, tortured, doused with gasoline, and set on fire by Hermilio Moralez, an illegal immigrant classmate of Wilkerson's. Moralez is from Belize and was brought to the U.S. as a child.

Felicia Ruiz was murdered on October 30, 1999, when she was just 17. She was stabbed over 25 times by Jesus Gerado Salazar, an illegal immigrant from Venezuela who was brought to the U.S. as a child. Ruiz was murdered in part because she refused to join a gang. Salazar fled to Venezuela and has not yet been extradited.