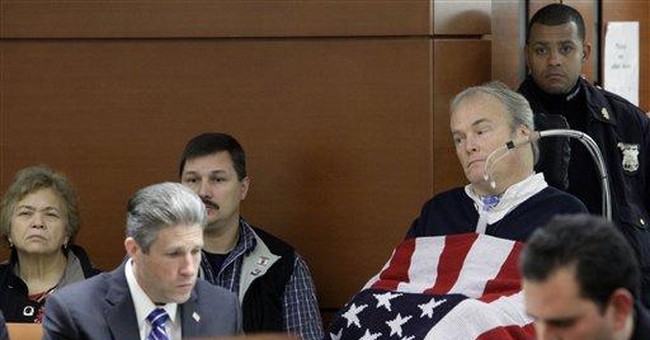 NYPD Officer Steven McDonald, who was shot and paralyzed by a teenager in Central Park in 1986 and went on to inspire countless people with his message of forgiveness, has passed away after suffering a heart attack. He was 59.

The attack left McDonald paralyzed from the neck down and dependent on a ventilator. A newlywed with a pregnant wife at the time, McDonald was initially not expected to survive, never mind live an additional 30 years. On his son's christening, McDonald said that he forgave the person who shot him, and hoped that he would be able to find "peace and purpose in his life."

His son, Conor, would join the NYPD in 2010. He is now a detective sergeant.

A devoted fan of the New York Rangers, the team created an award in his honor, the "Steven McDonald Extra Effort Award." The team released a tribute to Officer McDonald on their Twitter page.

Our friend. Our hero. Above and beyond. pic.twitter.com/6xOHSGnlyO