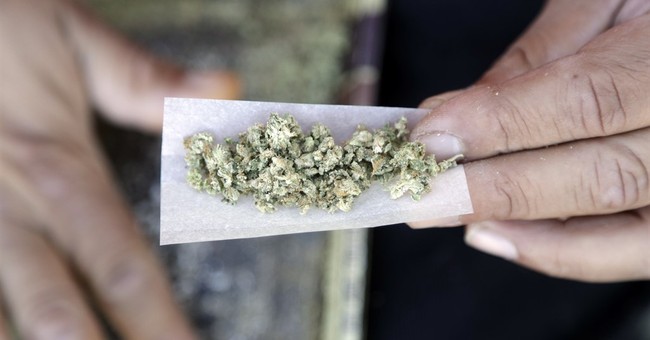 The DC Cannabis Coalition will be distributing 4,200 joints on Inauguration Day at Dupont Circle for free, before beginning a march to the National Mall to argue for the federal legalization of marijuana. Further, four minutes and 20 seconds into Donald Trump's speech, the group intends to simultaneously light up.

In the District of Columbia, marijuana is technically legal to possess, but it cannot be sold--hence, the free joints. It is not, however, legal to smoke in public, meaning that the protestors are risking arrest for this planned demonstration.

The DC Cannabis Coalition says that they are not anti-Trump, nor are they attempting to disrupt the inauguration. Everyone, according to event organizers, is welcome to partake. Rather, they would just like to see marijuana legalized at the federal level.

Marijuana is currently legal for recreational use in seven states, plus the District of Columbia. It is legal for medicinal use in more than half of the states.