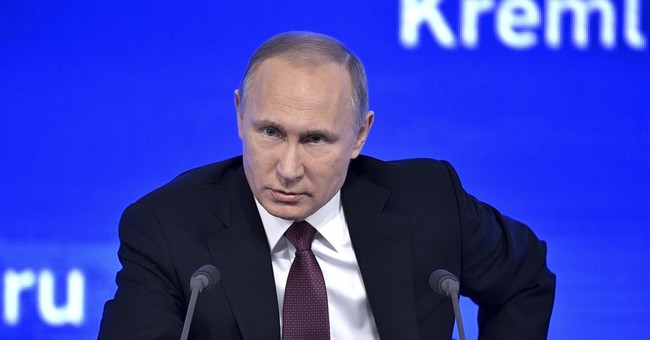 Earlier on Thursday, President Barack Obama announced new sanctions against Russian officials and intelligence services in response to various hacks. Now, the Russian Embassy in the United Kingdom and Vladimir Putin have issued their responses.

The Russian Embassy in the U.K. caused a bit of a stir with their unorthodox use of a picture of a duckling and their rather childish patois.

President Obama expels 35 ???? diplomats in Cold War deja vu. As everybody, incl ???? people, will be glad to see the last of this hapless Adm. pic.twitter.com/mleqA16H8D

Conversely, Putin's response was considerably more measured, saying that Russia may retaliate with sanctions of its own.

Fauci Was Subjected to a Brutal Tongue Lashing by a GOP Rep When He Couldn't Answer a Simple Question
Matt Vespa
Bill Maher Rips Media's COVID 'Panic Porn': 'How Did Your Audience Wind Up Believing Such A Bunch Of Crap?'
Scott Morefield
This Kamala Harris Tweet About the Border Did Not Age Well
Katie Pavlich
Dana Loesch Asks the Question Liberal Media Isn't Asking Amid the Adam Toledo Shooting In Chicago
Matt Vespa
Biden Finally Admits the Border is Experiencing a 'Crisis.'
Rebecca Downs
'Unhinged': The Zoom Call That Caused a California Teacher To Get Suspended
Matt Vespa
CARTOONS | Steve Breen
View Cartoon
Most Popular