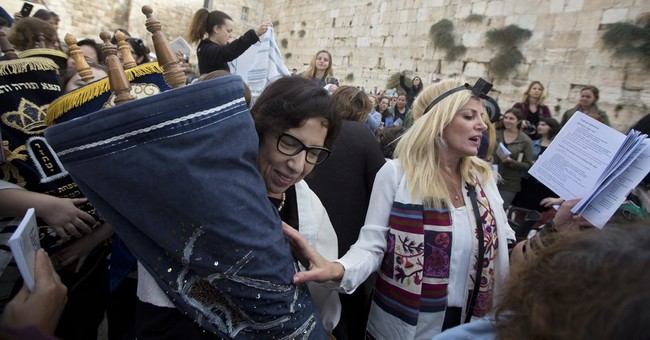 Yesterday, Secretary of State John Kerry was lambasted by Israeli PM Benjamin Netanyahu for his speech at the United Nations. Netanyahu called "biased against Israel"

Now, Netanyahu pulled out a "way-back Wednesday" photo of President Obama from 2008 at the Western Wall, which the UN is now calling "occupied Palestinian territory."

Perhaps it's not so confusing as to why relations are now at "rock bottom" with Netanyahu.