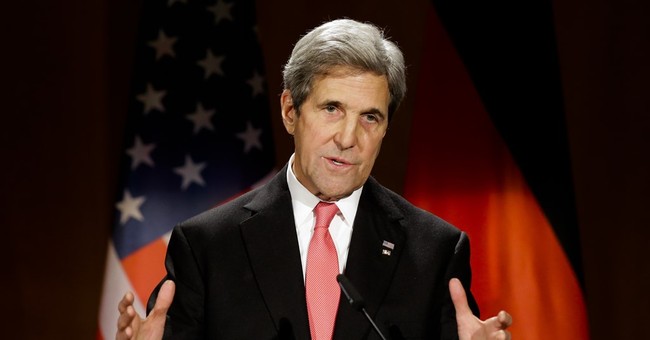 Secretary of State John Kerry did his best to explain America’s decision to abstain from the UN resolution vote to condemn Israel from its settlements in the West Bank and East Jerusalem. Critic after critic slammed the White House’s inaction, calling it a slap in the face to our friend in the Middle East.

At the State Department on Wednesday, Kerry said that a two-state solution between Israelis and Palestinians is the “only path to peace.”

The UN vote, he emphasized, was about preserving the two-state solution.

"If the choice is one state, Israel can be Jewish or Democratic – it can’t be both,” Kerry said.

“Both sides push a narrative that plays to people’s fears, rather than working to change perceptions,” he said.

This “sense of hopelessness” is exacerbated by Palestinian terrorist attacks, for which there is “absolutely no justification.”

Prime Minister Benjamin Netanyahu’s current coalition is the “most right wing” in the country’s history, he argued, driven by extreme elements. The policies of this government are leading in the opposite direction, he argued – “They’re leading toward one state.”

This government, Kerry continued, has “consolidated West Bank for its own purposes.”

Kerry did note that Israeli settlements are not the primary cause of conflict in the region, but it was clear he believes they are deep obstacles to the two-state solution. He cannot, "in good conscience," defend them.

As for Netanyahu's claim that the U.S. was the driving force behind the UN resolution, Kerry denied the accusation.