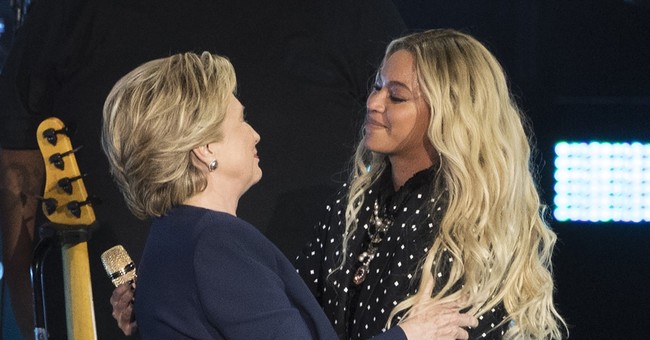 While there are few actually confirmed details as of now, there's apparently a massive, star-studded "We The People" concert being planned for Miami on the day of Donald Trump's inauguration. The idea is to counter Trump's inauguration and garner higher television ratings than the swearing-in. Normally, the presidential inaugurals carry several a-list acts, but Trump has had issues booking artists to perform. So far, the only confirmed acts are Jackie Evancho (singing the National Anthem), the Rockettes, and the Mormon Tabernacle Choir.

[...]To add insult to injury, concert promoter Mark Ross is reportedly "in the process of putting together a large-scale concert called 'We the People' to directly complete with Donald Trump's inauguration," Politico reports.

Ross doesn't have any performers announced yet, although a person familiar with the planning leaked that "the talent is banging on our doors to do this." Then again, the communications director for the Presidential Inaugural Committee, Boris Epshteyn, also bragged that "first class entertainers are eager to participate in the inaugural events," and we all know how that's going.

While artists and concert promoters are free to do whatever they'd like, this still strikes me as being rather petty. Donald Trump won the election and he was elected president of the United States. He will continue to be president of the United States even if nobody watches him be sworn in because they're too distracted by the likes of Madonna and Lady Gaga. A mega-concert cannot change the fact that he won more Electoral College votes than Hillary Clinton did.