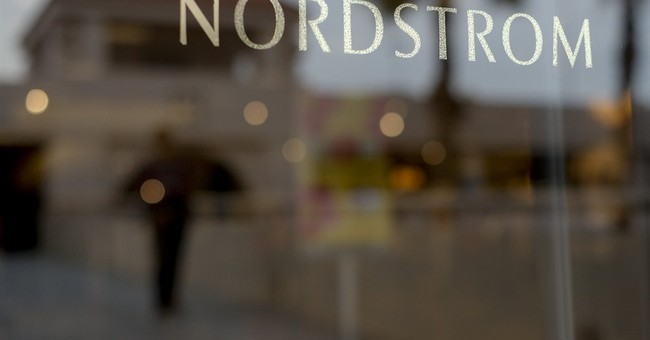 The Democratic Coalition Against Trump has created a "Boycott Trump" app that lists various companies that are either connected to Donald Trump (or another member of the Trump family) directly or expressed support for Trump during the election. The app is free and is available for iPhone, iPad, and iPod Touch.

Some of the listed companies to boycott include Amazon (for selling Donald Trump's menswear line and Ivanka Trump's clothing and shoes), Dr. Pepper (for sponsoring Celebrity Apprentice, a television show formerly hosted by Donald Trump), Coors Light (whose chairman endorsed Trump), Gucci (the company's flagship store is in Trump Tower), KitchenAid (the company sponsors a golf tournament held at a Trump-owned golf course), and Starbucks (which has stores in Trump Towers). Other brands/things to boycott include the television series Survivor, because the show's producer "refused to release footage from The Apprentice of Trump making heinous comments," as well as the New York Jets, whose owner helped raise money for Trump.

Curiously, the New England Patriots are not listed--albeit QB Tom Brady is--despite the fact that Head Coach Bill Belichick endorsed Trump in a letter that was read at a rally in New Hampshire. Patriots owner Robert Kraft also met with Trump at Trump Tower following the election. The two have been friends for a while.

Personally, I think this whole "boycott Trump" app is petty, and the people that will actually be hurt by any sort of boycott aren't who the boycott is actually targeting. The people who work at Yuengling, for instance, have a variety of political views and shouldn't be "punished" for the actions of their owner. The same goes for the people who work at places like Nordstrom or TJ Maxx--Ivanka Trump is not her father, her clothes are relatively fashionable and clearly sell well, and it's not the salespeople's fault that their stores carry her clothing lines. A boycott wouldn't effect Ivanka in any way, but it could impact a sales worker. It's silly to boycott all of Amazon or Nordstrom because they sell Ivanka Trump's shoes, and it kind of seems a wee bit like a witch hunt to demand a boycott of all companies/brands who are connected to the Trump family in the most tangental of ways.

Alternatively, this app is a godsend for people who only want to buy things connected with the Trump family.