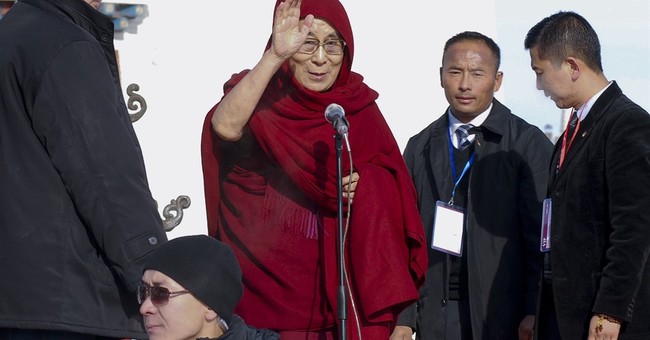 The Dalai Lama may have unveiled his surprisingly decent Donald Trump impression earlier this year, but as it turns out he's completely willing to visit the president-elect on his next visit to the United States. Speaking in Mongolia, the Dalai Lama said that he considers the United States a "leading nation" and that he'd like to pay Trump a visit sometime in the future. He met with President Obama four times.

Speaking during a visit to Mongolian capital Ulaanbaatar and asked about the U.S. election, the Dalai Lama said he had always considered the United States a "leading nation of the free world".

"I think there are some problems to go to United States, so I will go to see the new president," he told reporters, without elaborating.

Chinese officials were not thrilled with the Dalai Lama's plans.

There has been no timetable announced for when, if ever, a visit would occur.