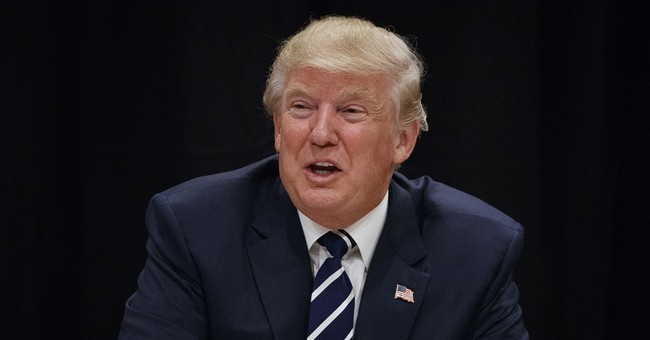 In the spirit of "flashback Friday," and in light of the new investigation about Hillary Clinton's emails stemming from things discovered on Anthony Weiner's cell phone, let's take a couple of trips in the way-back machine.

First, here's this Donald Trump tweet from August 31, 2015, when he said that Huma Abedin's marriage to the "sleazebag" Anthony Weiner was a security risk:

Huma Abedin, the top aide to Hillary Clinton and the wife of perv sleazebag Anthony Wiener, was a major security risk as a collector of info

And then to August 29, 2016, when Trump released a statement after Abedin announced her separation from the former congressman:

"Huma is making a very wise decision. I know Anthony Weiner well, and she will be far better off without him. I only worry for the country in that Hillary Clinton was careless and negligent in allowing Weiner to have such close proximity to highly classified information. Who knows what he learned and who he told? It's just another example of Hillary Clinton's bad judgment. It is possible that our country and its security have been greatly compromised by this.” - Donald J. Trump

Gotta hand it to him: He nailed that one right on the head.